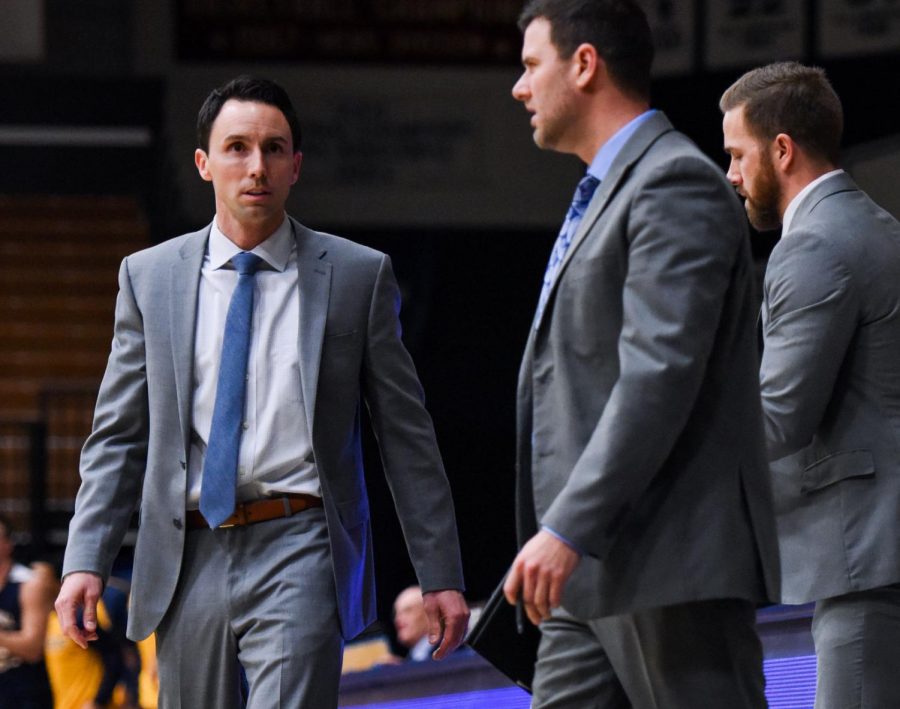 Washburn men’s basketball team had two away games, Jan. 14 against Missouri Southern State University in which Washburn improved to 12 wins straight. Washburn then faced Pittsburg State University Jan. 20 in a nail-biter, but Pitt came out on top and snapped Washburn’s 12-game winning streak.

With Washburn’s win against Missouri Southern, they improved to 14-3 and 8-0 in MIAA conference. The Ichabods lead by 15 most of the game and kept the Lions on their heels and had them fighting to come back.

The Lions found some spark and started to come back and cut the lead by six at 69-63 with two minutes left to play. But the Ichabods were just too much as Javion Blake and David Salach hit both of their free-throws.

Isaac Clark had a total of 22 points and eight rebounds, Brady Skeens recorded his 29th career double double with 15 points and 13 rebounds and had four blocks. With Javion Blake scoring 12 and Randall Smith having 10 points, that means four Ichabods had double figures.

The Ichabods then went to Pittsburg, Kansas to take on the Pittsburg State University Gorillas fresh off their win again Missouri Southern.

Washburn came out and showed everyone that they came to play as they built a 9-1 run with 11 minutes to play in the game. But then the Gorillas went on a 11-2 run to take the lead to 67-66. Junior Guard Tyas Martin hit a three-pointer to tie the game at 38 just before the half.

Senior Guard Cameron Wiggins came back after half-time with a three-pointer to put the Ichabods back on top with the score of 69-67. The Ichabods went on a 5-1 run to put the lead up to 73-68.

But it wasn’t enough to contain the Gorillas as they went on an 8-1 run for the comeback win, as they hit two 3-pointers and a field goal. The only point the Ichabods scored was Brady Skeens free throw to put the score at 76-74 with one minute left to play.

Brady Skeens became the 25th Ichabods to score 1,000-points and he also had another double-double which made it his fifth of the season and his 30th of his career as an Ichabod. He had 17 points and 12 rebounds and three blocks.

Up next for the Ichabods is a home game against Southwest Baptist at Lee Arena Wednesday, Jan. 24 at 7:30 p.m. The Ichabods look to bounce back from their first loss since the conference season started.