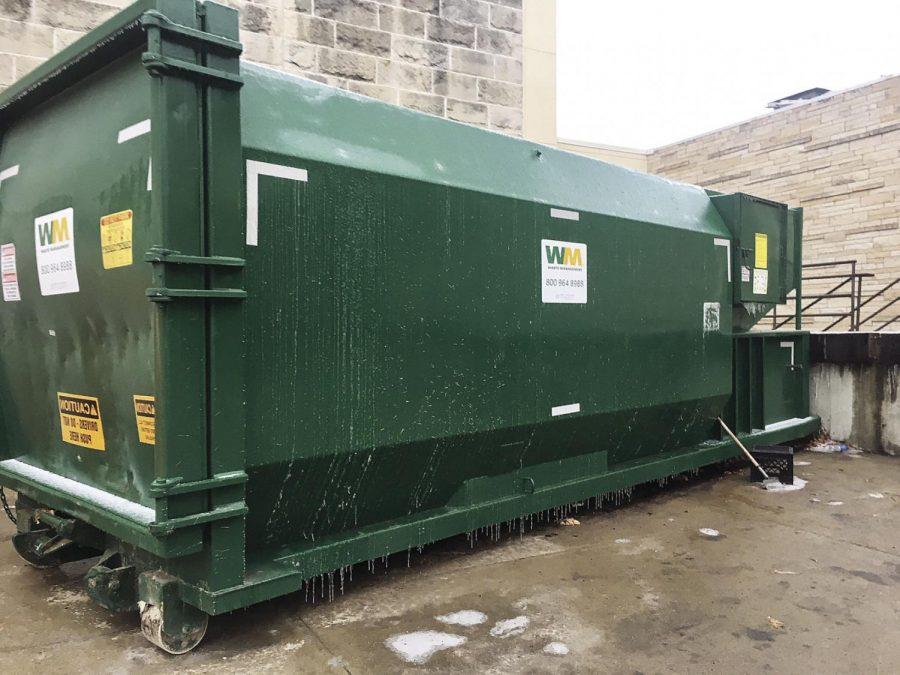 Everyone remembers that scene where Sulley thought Boo was crushed by a trash compactor, right? While shuddering at that might be the appropriate reaction, compacting has greatly benefited Washburn’s facilities so far this year.

“We went to a new compacting system in order to reduce the amount of dumpsters on campus,” said Associate Director of Facilities Services Eric Moss. “The university produces waste, and the containers that the waste goes in are not very pretty to look at.”

Washburn installed  trash and recycling compactors in November and they have been running well since.

“It makes the campus look better,” said Moss. “It’s pretty convenient for the staff too. They have a key, they open the chute, put the items in there, close the door, and push the button.”

Lights come on when the compactors are seventy-five percent full, letting workers know it’s time to empty it. There has been a minor problem with the lights not coming on, but it hasn’t been a huge issue.

“We used to collect things separately out in the bins in the parking lots- for cardboard and paper and mixed paper,” said Energy and Sustainability Manager, Kristine Hicks. “What we’ve done now is combine them into one stream.”

The compactors are doing great, but one thing that could use some work is the way recycling is done on campus in general, as Hicks brought up in the new China’s Green Sword, a ban on some post consumable plastics.

With China’s Green Sword, the issue is the that there is now a ban on exporting contaminated recyclable material. This means that any materials with food, liquids, plastic foam, plastic bags and a variety of other contaminants can be rejected for the recycling process.

This poses problems with Washburn’s single-stream recycling, as an entire bin can be rejected for a single contaminate.

“That’s the challenge we have on campus that students could really help with,” said Hicks. “To learn a little bit more about how to keep the recycling stream clean, free of contaminants.”

Moss agrees that there are a few simple things students can do.

“If recycling materials go in the recycling container, and trash goes in the trash container, then that keeps our streams separate,” said Moss. “So, to me, that’s the best thing that students can do, or that’s a good starting place.”