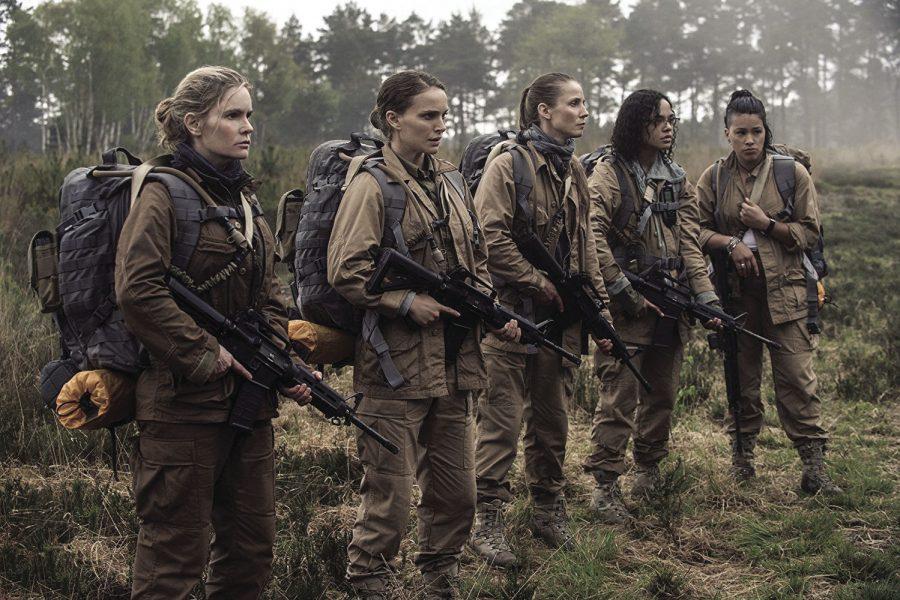 Release: “Annihilation” has a very interesting release schedule. While the movie is now playing in the United States in most theaters, internationally the film will not be released until March 12, when it will be placed on Netflix. Garland expressed disappointment towards this planned release because the film was designed to be a piece of cinema. He said that television and smaller screens can be a great place for telling stories, but the stories should be designed for that format.

Alex Garland has a had a huge impact on narrative storytelling since the early 90s. Now his second directorial feature “Annihilation” is out, and seeks to provide people with a surreal and colorful story with some interesting and deeply thought-provoking elements.

Lena (Natalie Portman) is a professor of biology at Johns Hopkins who, when she is not teaching, is at home, mourning the disappearance and likely death of her husband Kane (Oscar Isaac). Lena soon finds herself being questioned by a shadowy organization who is connected to her missing husband. The organization is investigating “The Shimmer,” an odd phenomena spreading throughout a coastal region of the United States. When people go into explore the region, their comms immediately disable and no one has ever returned from the expedition. Joining a group of science-focused women, Kane must join the newest expedition to uncover what happened to the past teams and what exactly “The Shimmer” does to people.

Alex Garland has a flare for telling stories that only some can pull off as well as he does. “28 Days Later,” his debut screenwriting role, is better than your average zombie film, throwing in elements of political commentary. Garland would go on to write several other sci-fi films that challenged the status quo of sci-fi films in the 2000s by integrating thrilling drama and horror with really interesting and compelling commentary. We only saw the full range of Garland’s talent when his directorial debut, “Ex Machina,” came out in 2015 which took an exciting psychological thriller about the dangers of artificial intelligence and turned it into a unique exploration of what it means to be human and the real world horrors of toxic masculinity.

Now Garland has released his second film and, while it doesn’t quite live up to the quality of “Ex Machina,” it is just as interesting and has some provocative opinions on the nature of how disease corrupts the human soul and how we often force ourselves into patterns of self-destruction.

Speaking just on the level of how “Annihilation” works as a horror film in terms of performances and scares, the film nails it. The performances are fantastic, especially from Portman and Gina Rodriguez, who plays Anya Thorensen, a paramedic who quickly becomes prone to the mind-altering effects of “The Shimmer.”

The rest of the cast gives performances that do fit their characters, but they just don’t exactly stick the way you want them to. Both Tessa Thompson and Jennifer Jason Leigh embody their characters within their backstories, but you can’t help but wish the actual characters had a bit more meat on their bones in terms of full on personality. Both of the characters these women play are clearly experiencing a lot of trauma and therefore the performances are more withdrawn and somewhat monotone in delivery. It fits the characters splendidly, but when you have two incredible actresses playing them you really wish they could stretch their acting muscles.

The moments of surrealistic horror are the really impressive parts of “Annihilation.” There are plenty of enjoyable moments where the tension and fear are through the roof in this movie, whether its viewing a disturbing video the past expedition team recorded or a menacing, mutated bear slowly circling our protagonists, there are some really great horror moments to be enjoyed throughout the film. These scenes all serve the film’s bonkers but thought-provoking ending.

“Annihilation” calls to mind the plot of films like “mother!” or “Arrival” in the sense that its stories feature women having to endure really difficult traumas and the narrative presents those traumas in really different, often abstract or surreal, ways.

Your appreciation of (or willingness to buy into) the themes of “Annihilation,” entirely hinges on how much you would like to see the abstract moments of the final film. Make no mistake, “Annihilation” is a beautiful film and its imagery, especially in the last 20 minutes, is incredibly unique and stirring, but its not a movie that is forward about its imagery. The last 15 minutes of “mother!” also is a flurry of bizarre and strange imagery, but throughout that ending, I knew exactly what point that film was trying to make and the same goes for “Arrival.” “Annihilation” never really settles on what point it wants to make.

While “Annihilation” can be looked at as an interesting allegory for how disease destroys us, it never feels fully in on that idea and the same goes for alternate readings which say the movie is about how we choose to self-destruct and how those paths make us new. These readings are there, but the film never feels fully in on these ideas. One could claim that it’s because the movie is ambiguous or surreal that it allows people to form their own takes on what the movie means. I think the issue of this film is that many people will be so conflicted in their attempts to analyze what they’ve just seen they will have to read something to feel as though they’ve understood it and a movie should function best on its own. It should not only feel complete by what you read after the fact.

Overall, the ideas that “Annihilation” is commenting on and toying with are compelling and while personal analyses of the film may differ, the result will likely be that the movie is making a profound statement on something. While more focus would have been appreciated, there is no denying that “Annihilation” is another feather in Garland’s cap. It’s a sci-fi film that chooses to explore humanity in a really compelling way despite the confusing and odd status of how it ends. Even without the social commentary though, “Annihilation” is still an effective horror film with beautifully terrifying imagery and some really great performances, especially its lead. It is great and defies that tired “sophomore slump” cliche, but it is still nowhere near as interesting or compelling as “Ex Machina.”