4 upcoming albums to anticipate in 2018 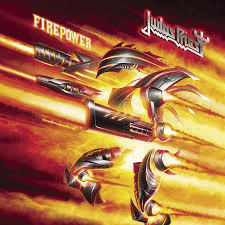 2018 looks to be a really incredible year for music, so here are four albums to look out for in the upcoming months.

This list is by no means exhaustive in any way or fashion, just a mere preview of what the world of music has to offer all in 2018. There are hundreds of other albums that are or will be set for release this year that won’t appear on this list. These releases are just a glimpse into some of the higher-profile releases that have the world abuzz for what is to come.

Justin Timberlake has been entertaining the masses with his unique style and memorable vocals since his start with NSYNC. Since his days with the group, he has emerged as a pop icon and has released four albums, taking the music world by storm with every new release. It’s been five years since the “20/20 Experience,” and fans are itching for what’s next in store for Timberlake. A single released on Jan. 4, entitled “Filthy,” has anyone interested in his work excited for what “Man of the Woods” has to offer.

Judas Priest are no strangers to the music scene, and plan on releasing their 18 studio album, “Firepower.” Judas Priest have established themselves as pioneers as well as legends within the heavy metal community. Each album has its own unique flare, so fans can look forward to what is to come. “Firepower” will mark their first album in four years, getting any metal fan jazzed up for the music created for by this revolutionary metal band.

Maynard Keenan and Tool’s most recent album turns 12 years old this year. “10,000 Days” has helped cement Tool, as well as the band’s other impressive prog-metal work, into the halls of greatness. 2018 may be the year that Tool finally follows up their most recent work with some fear from band members and fans alike. The album can be expected as early as the first half of the year, if all goes as planned.

Pusha T gave fans an incredible rap project with “King Push – Darkest Before Dawn: The Prelude” in 2015 and will not disappoint when he drops “King Push” which hopefully may come out sometime this year. The album is entirely produced by hip-hop icon Kanye West. Perfection is Pusha’s aim, and with the likes of Kanye on the case, fans anticipate such a record.