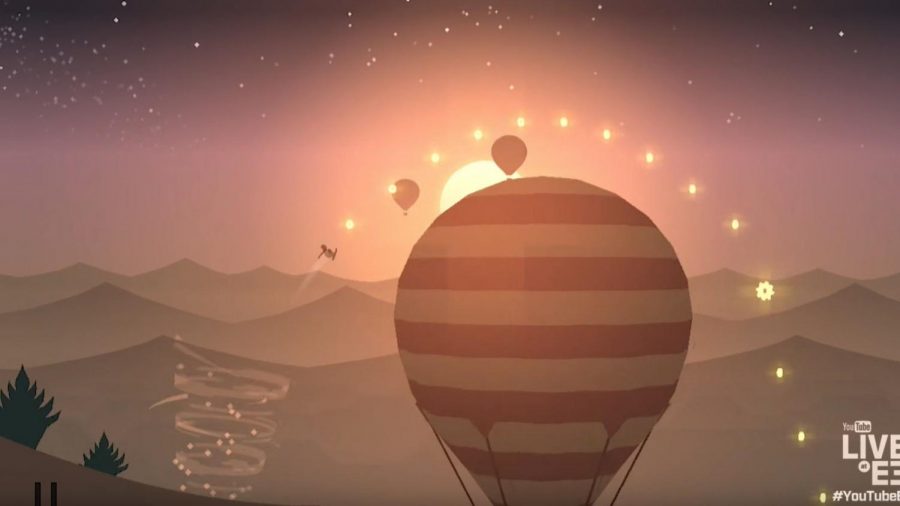 Long-time coming: “Alto’s Odyssey” has been in development for a really long time. The game keeps many of the mechanics of the previous game in the “Alto” series, such as these coins you can collect which can be used to purchase powerups that will give you a few more advantages. The game adds spots that launch you into the air that resemble tornadoes.

Sledding on sand instead of snow is a lot harder than it looks, but in “Alto’s Odyssey” the titular character makes it look easy.

“Alto’s Adventure” continues on in the sequel to the popular iOS game in “Alto’s Odyssey.” The new updated game has been long anticipated since “Alto’s Adventure” was released three years ago. The original app was a favorite among many due to its minimalistic and aesthetically pleasing landscape, as well as well-developed plot lines.

At first glance, “Alto’s Odyssey” is visually and systematically similar to its predecessor. The player must navigate sand dunes and temple ruins instead of mountain slopes, but you still control Alto and several other unlockable characters. You advance by completing certain tasks in each round and learning new tricks, such as backflips and grinds. You can collect coins and power boosts along the way. Overall the two games are similar like siblings, but they are certainly not twins.

“Alto’s Odyssey” offers a wider range of landscapes and natural elements that can appear in the game, such as sand, water and rocks. The background progresses from day to night and back again as you play, adding an extra challenge as you try to sled through the dark. It also boasts a serene soundtrack that helps immerse you in the game. The soundtrack captures the grandiosity of the desert with epic, sweeping cello tones that change as you advance through the game.

Both games have a palette of pastel colors, but the landscape of “Alto’s Odyssey” allows for more complex, lush backgrounds with beautiful yellows and oranges. The minimalist design of the background adds to the overall calming effect of the game. The fans of this game have admitted that this game can be used as a stress-reliever. The beautiful colors and ambient music that play in the background offer a pleasant way to pass the time. The tasks that the game introduces are challenging enough to keep your attention, but simple enough to induce a sense of serenity.

Ultimately, “Alto’s Odyssey” feels like a more mature and modern version of a beloved game. The new game kept the aspects that were so popular when “Alto’s Adventure” came out, and expanded on them to create a more comprehensive game. I would give this game two thumbs up as a sequel and also as a stand-alone product.

“Alto’s Odyssey,” as well as “Alto’s Adventure,” is currently available in the app store on any iOS device for $4.99.