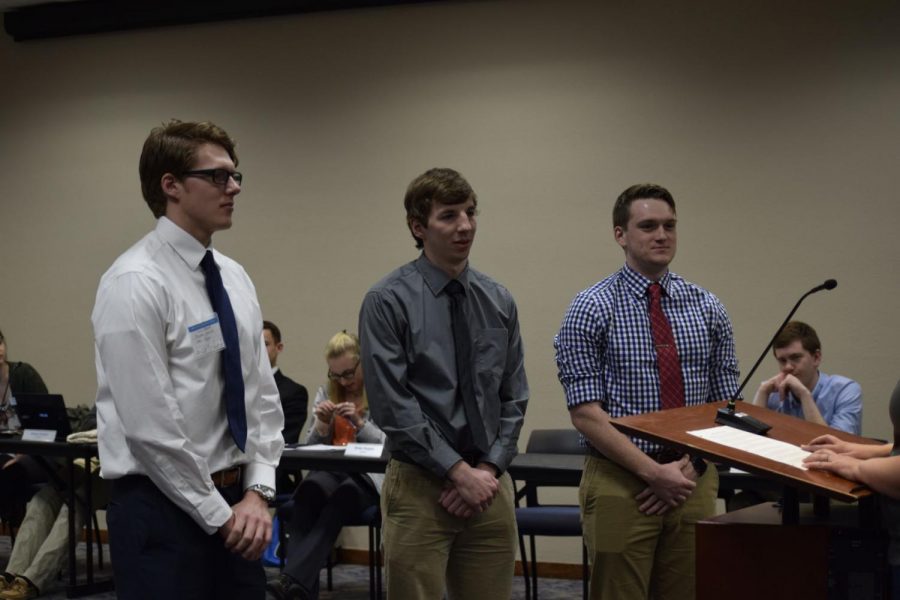 Despite the official swearing in of three new senators, a public forum with President Jerry Farley highlighted the WSGA meeting Feb. 7.

Farley gave an update on a project involving the construction of an indoor practice facility. Farley said that this project has been in the process for around seven years, as part of a comprehensive fundraising campaign. This forum came about after the Washburn Board of Regents voted to move forward with the process of allowing the project continue and be designed and built for just over $20 million.

After Farley gave his update, he opened the floor to questions. Multiple senators asked questions regarding the cost of the project. Speaker Traevor McPherson noted that a large source of the funding for Washburn comes from Shawnee County sales tax and asked that if an economic downturn occurred in the county during the funding or building of the facility if that might cause an increase in tuition, another main source of funding for the university.

Farley was quick to respond.

“I can’t imagine how that would occur,” Farley said. “We have ample amounts of capacity in the identified revenue sources… Even in the worst of the recession in 2010 we only lost about a million dollars of sales tax dollars on a continuing basis. That was through the worst recession since who knows when.”

Similar questions about the possibility of a raise in tuition were asked by multiple senators and Farley gave generally the same response for each one.

Many members of WSGA asked about other issues such as if the facility would be open for students outside of the athletic department. Farley said that should be the case, as he believed things such as intramural sports would be able to use it.

WSGA also passed Senate Resolution 007, which asked the Washburn Board of Regents for a standing agenda item in the Board’s meetings.