Unique marketing not enough to save “The Cloverfield Paradox” 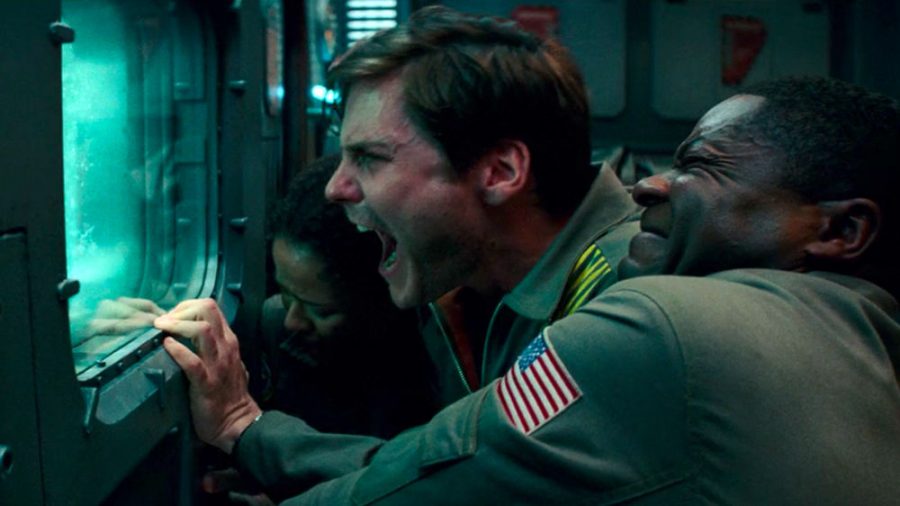 It’s the year 2028. The world is suffering from an unparalleled energy crisis, but some intrepid scientists believe that they might be able to save earth from societal collapse and world war by developing a large particle accelerator orbiting earth. After several failures, the crew is finally able to get the ship to work, but after overloading, the crew is shocked to find that earth has disappeared from view and there are some odd things going on with the ship. The crewmembers must work together to get their ship online and find their way back home.

The producer of the “Cloverfield” movies, J.J. Abrams, has taken a pretty interesting approach in how to handle the films. So far, each of the films have been significantly different from the last and other than a few easter eggs and each movie dealing with an invasion in a different way, they share no similarities. “Cloverfield” is a found-footage film about a mysterious attack on New York City by a large and menacing force. “10 Cloverfield Lane” is a psychological horror film about a young woman who is kidnapped and taken to a bunker by a man who believes the attack has made the outside environment of earth toxic. Now we have “Paradox” which is a dimension-hopping sci-fi horror film.

This approach to the franchise is pretty unique, and the overall mystery surrounding the invasion that connects the movies is still at an all time high even though we’re at the third film in the franchise.

Also, unique about the franchise is how they’ve been marketed. “10 Cloverfield Lane” was announced with a trailer only a month before its release, a shockingly short marketing schedule. “Paradox” has done it one better. During the Super Bowl the first trailer ever released for “Paradox” played during a commercial break and the end of the commercial revealed that the movie would be available to watch immediately following the Super Bowl on Netflix.

Initially, this seemed like a really brilliant marketing ploy to bring a lot of hype to the movie since nothing had really been announced about the film until this trailer. In reality though, this was probably just to add interest to a really underwhelming movie that they knew would never do well in theaters, but if they could just drop it on Netflix like a bad direct-to-dvd movie, then they would have more of a chance of people watching it.

Despite this cool, surprise release there really is nothing else going for “The Cloverfield Paradox.” The script is absolutely incomprehensible. Things happen without any rhyme or reason simply because it would make for interesting horror imagery.

Speaking too much on these individual points would be spoilers but let’s say the movie’s tendency to throw in incredibly questionable moments and then immediately move on to a completely unrelated plot point and never address that former moment again is almost insurmountable.

Add onto this that none of the characters in the film are memorable or interesting in any way except for Gugu Mbatha-Raw’s Hamilton, who is involved with an interesting emotional arc in the film that addresses some pretty heavy topics of loss and how we handle grief. It’s a darn shame that more of the movie didn’t follow that plot line and instead opted for B-movie horror antics with convoluted mechanisms and plot points muddled throughout.

The greatest sadness of “The Cloverfield Paradox” though is who is involved. The cast and crew are delightfully diverse and much of the movie’s design comes from the fact that each crew member comes from a different corner of the globe. The potential for a really interesting diverse cast working together to get back home is constantly undercut by horror gimmicks that serve very little purpose to the overall narrative. All of this coming from Julius Onah, a young, fresh and new Nigerian-American director who could’ve started a huge career jumping off of this, but now sadly may not get another chance at a movie this big.

“The Cloverfield Paradox” is a complete disappointment. It is annoyingly convoluted, incredibly confusing and decides to give more questions rather than getting to the point of actually starting to answer them since we’re at the third movie in the franchise at this point. The film is case in point that J.J. Abram’s mystery box is more interested in trying to provide cheap riddles but without actually coming up with a good answer for those riddles first.

If anything, “The Cloverfield Paradox” and “Bright” prove that Netflix isn’t the indestructible juggernaut of quality that we once believed them to be. When it comes to their big budget movies, they can suck just as much as Hollywood’s other test tube creations.