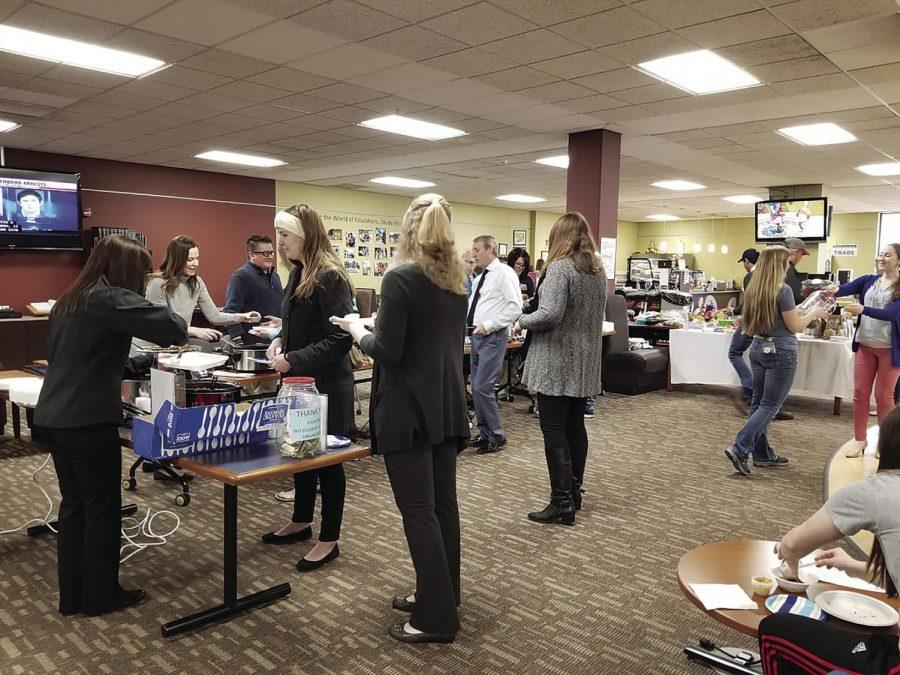 The Washburn University Military Veterans Organization warmed up a dreary day March 27 by bringing a dozen pots of hot chili to the main floor of Mabee Library.

Those attending the taste-testing would make a small (or generous) donation to the organization before getting in line to sample a variety of chilies, ranging from Cincinnati-style to multiple vegetarian offerings and then voting for their favorite pot.

April Gutowski won the “Best-Tasting” category, which was the general favorite among students.