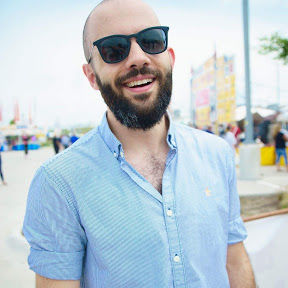 There’s no doubt that YouTube has become one of the biggest media platforms of all time, and the amount of channels to watch is innumerable. It’s easy to get lost among all of the content, so here’s a list of five YouTube channels that you may have not have heard of, but that definitely deserve a subscription.

Andrew Rea’s cooking show has something for everybody. His short videos operate much like a tutorial, but his best videos are the result of extreme food experiments. The main idea behind Rea’s show is simple though; he cooks the foods from films and TV shows you’ve been dying to try. Rea doesn’t hold back with his creations either; he goes from simple, like making the Lemon Pepper Wet hot wings from “Atlanta,” to insanely complex, like the Courtesan au Chocolat dessert from “The Grand Budapest Hotel” and the Clay-Roasted Thigh from “Hannibal” (no he doesn’t use human meat to make it). Binging with Babish is a treat for anyone who is a fan of food, movies, television and dry humor, as well as people who are adventurous enough to try and recreate Rea’s insane recipes. Rea has also started a series called “Basics with Babish” where he gives instructions for simple recipes.

TierZoo is a shockingly effective comedy/educational channel. The channel itself does not have a regular posting schedule, so there is only about one video a month, but the content will appeal to a wide variety of people and TierZoo himself is very involved with his community of viewers. The concept of the channel is simple; what if Earth was one big video game? TierZoo uses common video game terms to make informative videos on nature’s most fascinating creatures. Episodes range from focusing on the animals in different habitats, which he refers to as servers, or taking animals of a specific species and ranking them based on their strength. TierZoo is a new channel, but the videos are so interesting and well made. The perspective and commentary on nature is so humorously succinct that you should definitely tune in. His videos titled “The Raptor Tier List” and “Is Australia OP?” are must-watch videos.

Extra Credits started out as a humble animated channel discussing video games on a philosophical scale, but the channel has now grown to include so much more. The channel now has several extended series on interesting stories like history that you may not be familiar with called “Extra History.” Another new series is called “Extra Sci-Fi,” which examines the complex beginnings and themes peppered throughout the realm of science fiction. Extra Credits is a top level educational channel. Their videos are in a flash animation style to be more engaging, but the depth of their discussion on thought processes is captivating. The channel’s videos range from a variety of fascinating topics like a six video series over the legendary Sengoku Jidai wars of feudal Japan, religion in games (as well as a fascinating follow-up examination of religion titled “God Does Not Play Dice”) and an examination of long-forgotten 80s science fiction writer William Gibson and his theories on herd mentality.

ThaTaylaa is a beauty vlogger who, despite her professional and honest videos, does not have that many subscribers. Real name Taylor, the Seattle based beauty guru is not only a fun and witty YouTube personality, but also is very straightforward about her struggles with cystic acne and the cosmetic products and skin care products she uses to calm it down. Taylor also has recently made waves when she made a big announcement that she was partnering with Washington-based charity Project Beauty Share. The partnership is looking to receive donations for the organization which provides cosmetic and feminine hygiene products to women who are in impoverished or homeless situations as well as women who are transitioning or are in abusive relationships. ThaTaylaa is a small-time channel, but her videos are something that any beauty guru fan could enjoy.

Brownlee has the most subscribers of anyone on this list, but compared to the technology sector of YouTube, he’s small-time. Brownlee’s videos are in-depth looks at the new smartphones, laptops, computers and other tech items that saturate the market today. His reviews are focused and examine every function and feature of the products he receives as well as his thoughts on those things work. Brownlee also has several videos on his channel where he examines specific topics that he believes are of concern in the tech world. His recent videos “The [Apple] Ecosystem Explained” and “Dear Snapchat!” have him examining and giving his opinions on how he thinks certain companies are changing or failing to reach new consumers as well as how they are handling or presenting their business. So, if you’re ever looking for a new tablet, smartspeaker or television, than Brownlee is who you should watch first.