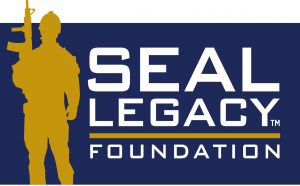 Originally founded on Washburn’s campus in 1909, the Gamma-Nu chapter of Kappa Sigma has been woven into Washburn history.

The organization was the oldest fraternity on campus until their charter was lost in 2008. Since its rechartering in 2011, Washburn’s Kappa Sigma has been steadily growing its membership and its community impact.

“It’s good to get active [in philanthropy week] because the soldiers and veterans, they’ve spent their lives protecting us so it’s a great way to give back to them,” said Noah Copeland, junior kinesiology major with an emphasis in exercise physiology and Greater Cause Chair for Kappa Sigma.

The Military Heroes campaign is a national philanthropy that has three major partners which benefit veterans. These include: Seal Legacy Foundation, Veterans Moving Forward and Veteran Success Resource Group.

The events of Kappa Sigma’s philanthropy week begin Tuesday with a percentage night at McAlisters from 5 p.m. to 10 p.m. Tuesday will have a late-night breakfast from 5:30 p.m. to 8:30 p.m. at the Alpha Phi house. Wednesday will feature a hot dog eating contest for $15 but spectators may watch for free. Additionally, based on fundraising efforts, some of the men of Kappa Sigma will have their heads shaved, beards shaved or legs waxed.

While their philanthropy week primarily focuses on service, Paul Mismaque sophomore double major in marketing and economics, president of the Gamma-Nu chapter at Washburn strives to ensure that Washburn’s chapter is upholding their four pillars year-round. These pillars include: scholarship, fellowship, service and leadership.

Washburn’s Kappa Sigma chapter is expanding at an unprecedented rate. This past fall saw the largest pledge class in Gamma-Nu’s history with 32 pledges. This spring there are an additional nine pledges going through Kappa Sigma’s education program.

“Our pledge education program teaches them about our values, how to behave as a fraternity man- as a kappa sigma,” Mismaque said.

To learn more about the Gamma-Nu chapter of Kappa Sigma, visit washburnkappasigma.com.