Washburn attendee dies after being hit by train 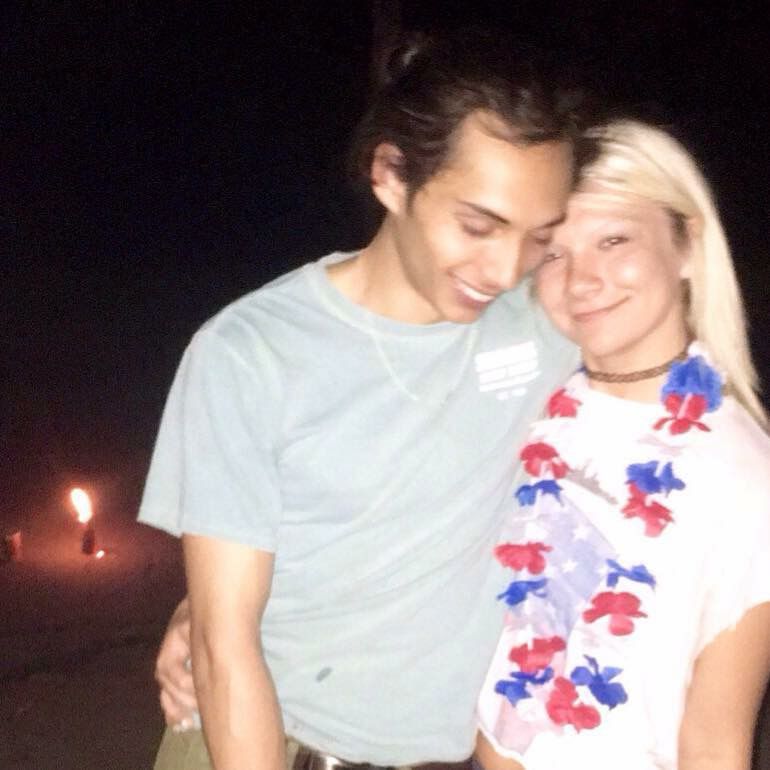 As friends and family members of a local man prepare for funeral services, campaigns to raise money for the services continue.

Christian Charay, 21, was hit and killed by a train in east Topeka, Feb. 27. and his girlfriend, Claire Seeley, 19, was critically injured.

According to a Kansas Highway Patrol report, Charay and Seeley were on the railroad tracks on a bridge near Second Street and Tecumseh just after 5 p.m. when the train came through. Charay was hit and pronounced dead at the scene, and Seeley was transported to a local hospital to be treated for her critical injuries after apparently jumping from the bridge.

Charay’s death has had an impact on the Washburn community because he attended Washburn for a time. He was described by his long-time best friend, Kristina Hernandez, junior music education major, as a carefree and loveable person. Hernandez and Charay had been friends since their preschool days, and friends can still see the photo of that preschool class as the cover photo on Charay’s Twitter account.

According to his obituary, Charay had been involved in sports throughout his life, including soccer, swimming and baseball. He graduated from Topeka High School in 2015. He wasn’t enrolled in courses this semester at Washburn, but was working at Lowe’s.

“He did stuff because he wanted to get the most out of life,” Hernandez said. “Kind of like ‘you only live once.’ It’s a cliche saying, but it was literally how he lived. Life is short and life literally was short for him so it’s good that he didn’t care what other people thought.”

Charay’s father has created a GoFundMe page titled, “Help me bury my son Christian” to help with burial costs. Updates have been posted periodically on the page with some statements about what is believed to have happened the day of the accident.

According to Operation Lifesaver, someone is hit by a train every three hours in the U.S.

In 2017, there were nine train deaths in Kansas alone, twice as many as recorded in the previous year, according to the Executive Director of Kansas Operation Lifesaver, Tara Mays in an interview with Topeka’s KSNT.

According to Operation Lifesaver’s website, all train tracks are private property and walking on train tracks is highly dangerous and considered to be trespassing. It says the average freight train traveling at 55 mph or more takes the length of 18 football fields to stop, meaning that it is nearly impossible for a train to stop quickly enough to avoid an unexpected collision.

Seeley is now in stable condition and will undergo extensive rehabilitation and recovery due to the severe injuries she suffered. Hernandez said Charay was well-known throughout the Topeka community. Support has been pouring in over social media, but funds are still needed to reach the goal set on the GoFundMe page.

The family will be receiving visitors from 4 p.m. to 8 p.m. Thursday, March 8 at the Brennan-Mathena Funeral Home. The funeral service will be at 10 a.m. Friday, March 9 at Faith Lutheran Church. The Interment will follow at Mt. Calvary Cemetery.

In addition to the GoFundMe page, contributions toward the memorial can be made in his memory to Brennan-Mathena Funeral home and sent in care of 800 SW Sixth Ave., Topeka, KS 66603 or checks may be made payable to Alfred J. Charay and taken to any Capital City Bank Location.

“It’s unreal,” Hernandez said. “[It helps to] know there was not a doubt in his mind that I cared about him and he cared about me.”