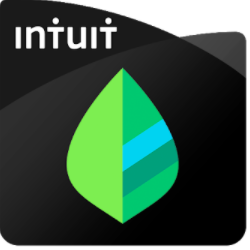 As a rule, college students aren’t the wealthiest individuals in the world. With tuition, food, and enough Folger’s to power a third-world country, students don’t always have enough extra cash to treat themselves. But, like seemingly everything, there’s an app for that. Several apps, really. From the “pretty decent” to the “pretty terrible,” here’s a collection of the best to worst budgeting apps.

At a price someone would hope for if they need a budgeting app, Mint is a free budgeting tool that can be accessed over the internet and over your phone. The interface is easy to use and is mostly made for people who don’t want to do much with their money beyond the basics. You can sync the app with multiple accounts and use it to track purchases, account history, and credit scores. The graphics are easy to view, and the interface is simple. The ratings are overwhelmingly positive, and Mint is viewed by many as the best possible option.

You Need a Budget (YNAB)

Targeted toward those in debt, YNAB is a program structured to force users to give every dollar a specific use instead of letting money eke out of the seams of wallets. This particular app has a student discount: students get a full year free on top on the normal free starter month. While the program is flush with reviews by people who felt that the strict budgeting of every individual dollar was the only thing that worked for them, it does eventually cost money. After the trial, it costs $6.99 per month.

My Budget Book focuses on two things above all else: functionality and security. The interface is plain but readable and is meant to attract those who don’t care about frills and whistles in an interface. It is easy to import spreadsheets and other forms containing financial information, making this an ideal pick for someone who already has information put into a good old-fashioned Excel sheet. The app lets you back up your information to multiple places and doesn’t need a connection to the internet to work: a great relief for those who live in areas with terrible cell service or those who have had past issues with internet security. On the downside, the app is $2.99 a month, and there are no free versions.

Other than Mint, this is the first app that pops up in the Android store relating to general budgeting. The interface is slick and clean looking, and the simple task of keeping track of spending is its main goal. This app feels like it would be better for those who already have a budgeting plan in mind and want an easy way to keep track of their money. It has both free and paid versions. The paid version is around fifteen dollars a year, depending if you make in-app purchases for things like personalized plans.

At the risk of sounding like Dave Ramsey, it’s smart to start making good habits with money now, when you don’t have much to keep track of. Do that, and you’ll have good habits for when you start doing things like adding a second income, or when the amount becomes harder to control.