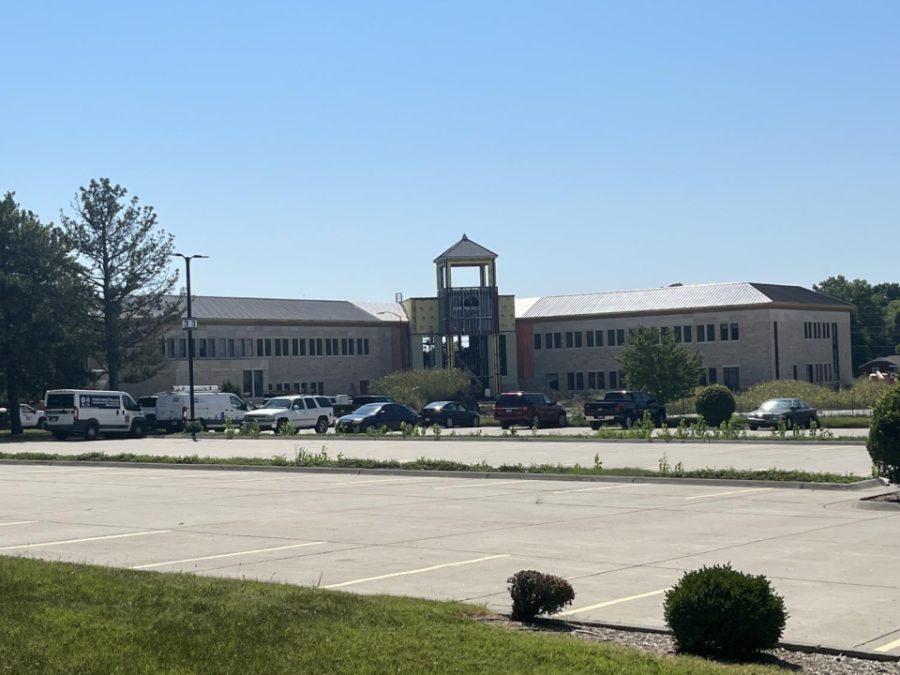 As a new school year starts, Washburn University’s new law school building continues to take place as construction begins its second year. The $34 million project, located on the corner of 21st Street and Washburn Avenue, started in the summer of 2021 and had a few setbacks during year one. Nathan Jones, a construction worker, says that inclement weather stalled the project the most.
“Mother Nature has been our biggest burden,” said Jones. “We’ve halted so many times; we were told that the project was behind schedule for a few days.” Another setback for the project has been COVID-19 and that added a few factors that took time away from the project. “We had guys out for days, and we couldn’t get materials in a timely manner,” said Jones. “However, our guys are tough and we worked so hard to get to this position.”
With those setbacks behind them, construction continues to be going strong. The building is showing its form with the north and south facades due up for work. Tyler Murray, assistant superintendent of the project, says that the construction is in the final stages and is still on schedule to meet the deadline.
“As of right now, I’d say the building is 75% done,” said Murray. “We’re on schedule and we should be finished by the end of December this year.” The finishing touches on the project will occur once the eagle sculpture is moved from the old law building and the roundabout at the front of the building is complete. After that,the moving process from the old building to the new one will commence. However, it is still unclear whether or not the building will be fully ready for classes this school year, but rest assured: the anticipation for the state-of-the-art building is at an all-time high.