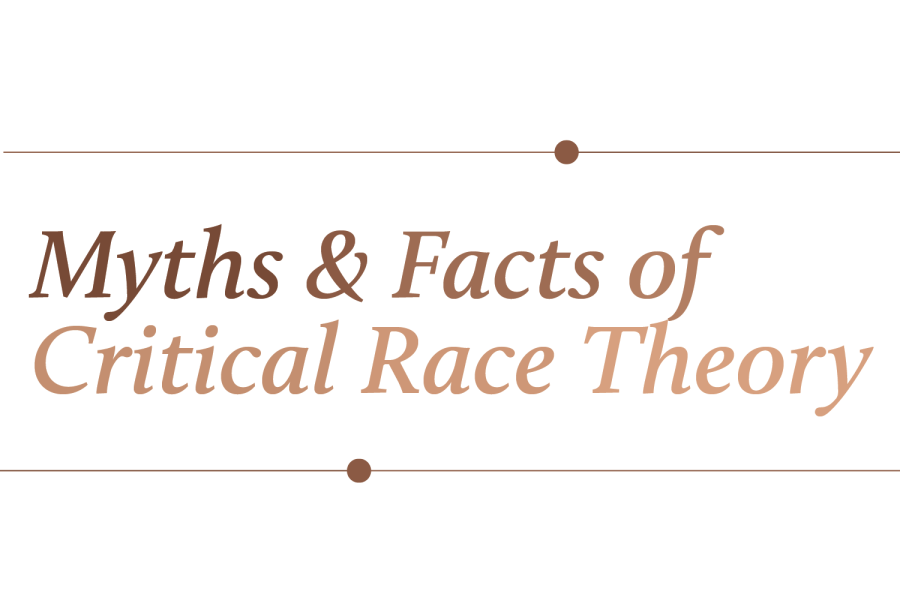 According to the NAACP Legal Defense Fund, “Critical Race Theory, or CRT, is an academic and legal framework that denotes that systemic racism is part of American society— from education and housing to employment and healthcare. Critical Race Theory recognizes that racism is more than the result of individual bias and prejudice. It is embedded in laws, policies and institutions that uphold and reproduce racial inequalities. According to CRT, societal issues like Black Americans’ higher mortality rate, exposure to police violence, the school-to-prison pipeline, denial of affordable housing and the rates of the death of Black women in childbirth are not unrelated anomalies.”

In an Instagram post from October 2021, the Washburn College Republicans said, “Critical Race Theory is the term commonly applied in public debates to controversial racially charged curricula and initiatives in the public schools, as well as various parallel trainings and programs commonly being adopted in school and other settings.”

According to the American Bar Association, “CRT does not define racism in the traditional manner as solely the consequence of discrete irrational bad acts perpetrated by individuals but is usually the unintended (but often foreseeable) consequence of choices. It exposes the ways that racism is often cloaked in terminology regarding “mainstream,” “normal,” or “traditional” values or “neutral” policies, principles, or practices.”

When it comes to CRT, it is clear that there is a disconnect between what different people understand it to be, so we interviewed experts to get the facts.

Myth: The United States is “fundamentally and irredeemably racist or sexist.”
Fact: One of the main tenets of CRT is the rejection of popular understandings about racism, such as arguments that confine racism to a few “bad apples.” CRT recognizes that racism is codified in law, embedded in structures and woven into public policy.
Expert Tom Prasch: “There would be no point to Critical Race Theory unless they thought they were going to change something.”

Myth: Individuals are personally responsible for actions committed in the past by other members of the same race or other intrinsic characteristics.
Fact: CRT says that racism is embedded within systems and institutions, like the legal system, that replicate racial inequality. This dismisses the idea that racist incidents are aberrations but instead are manifestations of structural and systemic racism.
Expert Tom Prasch: “Crenshaw in particular has singled that out as the thing that they get most wrong. The woman who invented the term says we’re not saying it’s not about blame. It’s not about feeling guilt. All those things are personal attributes, and they’re not interested. They’re interested in changing the system.”

Myth: Individuals are inherently racist, sexist or oppressive by virtue of race or other intrinsic characteristics.
Fact: CRT focuses on systems, not individuals. CRT recognizes that it is the systemic nature of racism that bears primary responsibility for reproducing racial inequality.
Expert Chris Jones: “Racism is not about attitudes. So racism is not your uncle who still uses ‘the n-word’ in polite conversation and things like that. Racism is a set of social structures that produce results that benefit one race over others.”

Myth: Individuals’ moral character is necessarily determined by race or other intrinsic characteristics.
Fact: CRT says that race is not biologically real, but is socially constructed and socially significant. It recognizes that science (as demonstrated in the Human Genome Project) refutes the idea of biological racial differences. According to scholars Richard Delgado and Jean Stefancic, race is the product of social thought and is not connected to biological reality.
Expert Chris Jones: “The point is not to make white people feel bad. Critical Race Theory, at its best, recognizes that people want to be not racist.”

Myth: Racism is ordinary, ubiquitous, and “endemic” to American life.
Fact: CRT acknowledges that racism is a normal feature of society and is embedded within systems and institutions.
Expert Chris Jones: “If the problem is not individual attitudes, but whole systems, then you can’t confront that problem on the basis of individual attitudes, which is why we have to talk about it and engage it. The problem is essentially baked into our social systems.”

Myth: Cultural norms such as legal neutrality, objectivity, color-blindness and meritocracy perpetuate inequality and group dominance; and thus “race liberalism” must be rejected in favor of “race consciousness.”
Fact: CRT rejects claims of meritocracy or “colorblindness.” CRT recognizes that it is the systemic nature of racism that bears primary responsibility for reproducing racial inequality.
Expert Tom Prasch: “The notion of meritocracy means that whoever is best will rise to the top and race doesn’t matter. Class doesn’t matter. Nothing else matters. The best will always rise to the top. Do we think that’s true? We don’t. Why not? Well, let’s see: if you look at who the rich are, it shows that an enormous proportion of the rich are the people whose parents were rich. Look at school institutions that favor legacies, which includes all the Ivy Leagues. If your father and grandfather went there, you get in. Well, if when your grandfather went there, only white people could go, then that’s not a neutral concept. What we are claiming as meritocratic systems are not meritocratic systems.”

Myth: CRT is widely taught in elementary and high schools.
Fact: CRT is a legal theory that is rarely— if at all— taught in primary education.
Expert Chris Jones: “Technically, Critical Race Theory is a law school thing. If you’re not in law school, then you’re probably not learning anything about it. More broadly, the ideas that Critical Race Theory has advanced about race and the way that race functions in society have definitely filtered into other aspects of American life, but not in the ways that politicians for the most part have been using the term.”