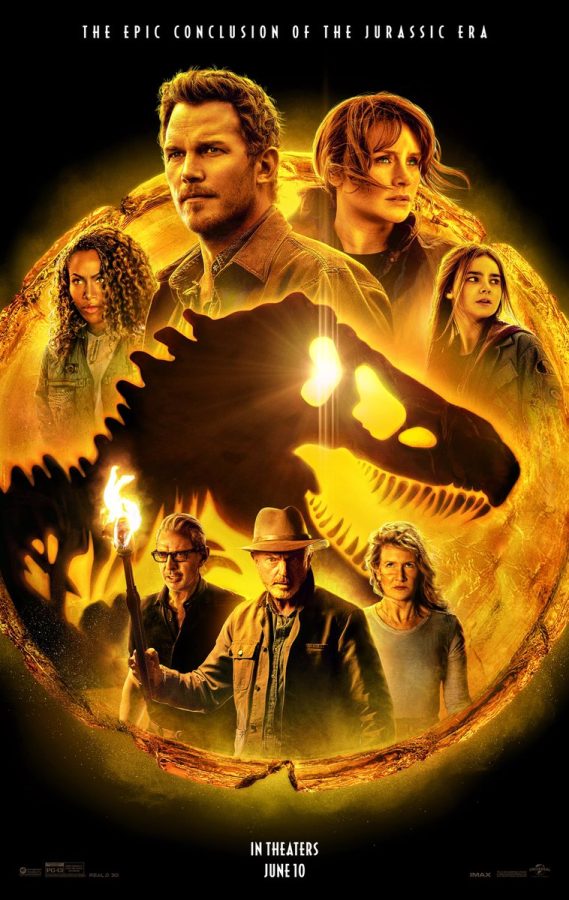 Jurassic World tops the box office charts with $143 million. It's continued popularity is keeping it up on the charts.

Owen Grady (Chris Pratt) and Claire Dearing (Bryce Dallas Howard), unofficially adopt Maisie Lockwood (Isabella Sermon), the granddaughter of “Jurassic Park” co-founder, Benjamin Lockwood. Owen and Claire decide to live off the radar to protect Maisie from the outside world and the dangers of people wanting to use her for scientific experiments. Feeling trapped, Maisiewent outside of the borders Owen and Claire set for her and was kidnapped along with Blu’s baby velociraptor. When Owen and Claire realize Maisie and Blu’s offspring have been kidnapped, they go and ask for help from some old friends that the audience may remember from the last two movies.

The plot follows three characters you may recognize from the “Jurassic Park” trilogy. Ellie Satter (Laura Dern) has been investigating the return of an extinct locust that has come back and is eating crops that are not being produced by Biosyn. She reconnects with an old flame, Alan Grant (Sam Neill) to help her prove Biosyn is behind the swarm of locusts that are devastating crops worldwide. Ian Malcolm (Jeff Goldblum) who works for Biosyn as a consulting professor and is an old friend of Ellie and Alan. He invites them to Biosyn to secretly get a sample of the locust they are producing to expose Biosyn’s evil plan.

While both parties are trying to escape from Biosyn with their stolen goods, they go into Biosyn’s forest complex that is filled with different carnivorous dinosaurs. The group is being hunted by an apex predator, Giganotosaurus, but its attention is drawn away from them when a territorial Therizinosaurus, a blind sloth-like carnivore with claws, attacks it. With the help from the fan favorite Tyrannosaurus rex, a final deadly tag-team battle ensues. This fight was well executed. It demonstrated how Giganotosaurus’ domination caused an uneasy alliance formed among predators and showed a cinematic line-up of the iconic Jurassic logo. This fight was a highlight for me while watching the movie. I felt like the dinosaurs were real and the CGI did not disappoint. Also while the fight was happening the music helped make it more frightening, as the scene swelled with suspense.

I enjoyed seeing Owen and Blu’s relationship grow even after both of their children are taken away from them. Even though Blu is a dinosaur, viewers could still feel her emotions through the screen when she lost her child. It was apparent the creators decided one plot was not enough and added another. This made the movie feel hectic because when both plots were brought together the characters did not seem compatible at all and often the dialogue felt lazy. The only true connection the characters had was when Ellie and Alan found Maisie in the Biosyn lab. Even though that was the only connection, Maisie meeting Ellie and Alan helped her get a better understanding of who her mother was and also answered some of the many questions she had about her. I really did like how the writers showed that some of Maisie’s questions about her mother and herself were answered to help her become more confident.

Even though the subplot is awkward, it did a decent job of showing Maisie finding herself and bringing Owen and Blu back together. Lastly, I feel like since the legacy characters and the recurring characters did not have much uncommon and it felt forced when they were brought together. Since this is the final movie, it is worth seeing while it is still in theaters