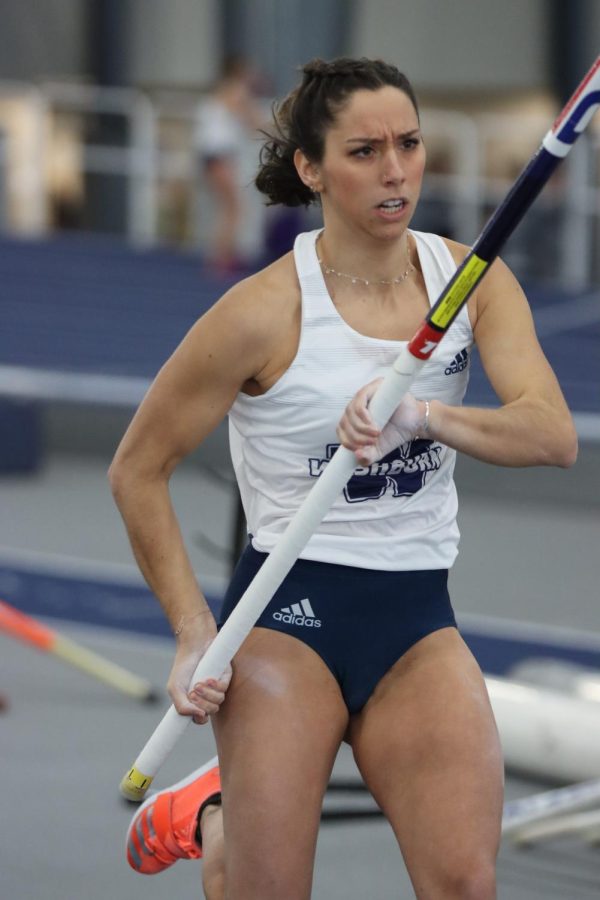 Washburn’s track and field season has come to an end at the NCAA Division II Outdoor Championships May 28 after the Ichabods sent a program record eight athletes.

Both the men’s and women’s team sent four athletes competing in events over the three days of competition. On day one sophomore Isabella Hohl placed 15th in the 100-meter prelims with a time of 11.82 seconds.

Senior Connor Last earned second team All-America honors after a 7.43 meter jump and 10th place finish in the long jump event. His placement was just short of the mark required to qualify for the finals in the event. Sophomore Josh Hopkins fouled on his three attempts and did not record a place.

Sophomore Romain Henry began day two with a third place finish in the prelims for the 110 meter hurdles. His time of 13.91 seconds qualified him for the finals on the next day.

Junior Braden Rose followed in the discus event with a top throw of 50.68 meters, good for tenth place in the event. The mark earned him a spot on the All-America second team.

Hohl wrapped up day two as the only Washburn athlete competing in two events as she ran the 200 meter dash. She finished the preliminary round with a run of 24.17 seconds which was 19th place in the event overall.

The final day of competition began for the Ichabods with the women’s pole vault where Washburn had two members of the field. Senior Rachael Mayberry came in 15th place in the event after a high vault of 3.95 meters.

Senior Virgi Scardanzan tied with three other vaulters for first place after clearing 4.25 meters. In the ensuing jump-off Scardanzan placed second to earn a spot on the All-America first team, it was her fifth time earning All-America honors at Washburn.

In the finals of the 110 meter hurdles Henry finished eighth overall with a time of 14.23 seconds. He earned a spot on the All-America first team, the third time he has made one of the teams as an Ichabod.

Senior Taylor Gonzales wrapped up the events for Washburn after a 17th place finish in the 5000 meter run with a time of 16:56.08.

The three days of competition and four All-America selections concluded the 2022 outdoor season for track and field in its sixth season at Washburn.