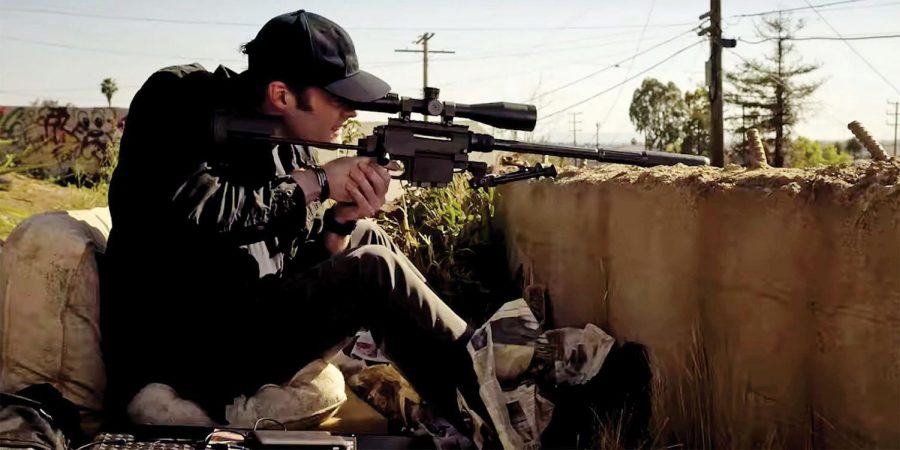 Serious Talent: Bill Hader not only plays the titular character of new HBO sadcom "Barry," but is also the show's co-creator, writer, and is directing the first three episodes of the show's first season. Hader has written episodes of the television before, but this is his first time directing.

HBO’s new sitcom “Barry” is a hit, man. The show focuses around Barry Berkman (Bill Hader), a seemingly harmless average joe. Yet Barry has an unusual day job as a hitman, and after a bout of depression and disillusionment with his occupation Barry decides to try his hand at acting.

Bill Hader, most well-known for his hilarious antics on “Saturday Night Live,” plays the melancholy, understated Barry. Hader is also the co-creator of the show along with Alec Berg of “Silicon Valley.” In the beginning of the series, Barry is introduced as a former marine who has recently returned from Afghanistan and lives a depressed and unsatisfactory life. Family friend Fuches (Stephen Root) effectively pimps him out as a hitman-for-hire using skills he acquired during his tour. When he takes a job in Los Angeles working for the Chechen mob, he wanders into an acting class taught by has-been actor, Gene Cousineau (Henry Winkler). Barry also quickly becomes smitten with a member of the acting class, a self-absorbed, wannabe actor named Sally (Sarah Goldberg). Barry suddenly decides on a life-altering career change into acting.

Of course, this drastic change won’t come easily. Barry’s past life is not one that people easily leave. Viewers watch Barry try and fail to be a good person and escape his dark past, but he is trapped by Fuches and the Chechen mob and continues to burn the marks given to him. The show centers around the question of whether Barry will be able to turn his life around and be happy. Even though Barry has done terrible things and killed many people, Hader plays the character in a way that makes the audience root for him. His longing looks and determination to better himself makes him a deplorable yet lovable character that one can easily compare to the titular character from “Dexter.”

The show has a premise that mimics a growing subgenre of TV, the “sadcom.” The sadcom mixes a sad character with a comedic backdrop. This makes the audience connect and empathize with the character while the show also provides comedic relief. “Barry” innovates the sadcom format by adding in the violent aspect of being a hitman. In true sadcom fashion, the line between funny and soul-crushingly bleak is almost nonexistent.

“Barry” has an interesting storyline, incredible acting and deadpan humor that is sure to please audiences. This show makes you wonder if you can really ever start over, and with only eight episodes, it will leave you wanting more.