Hornberger’s Last Lecture: “A Purposeful Life: Creativity and Leadership in a Complex World” 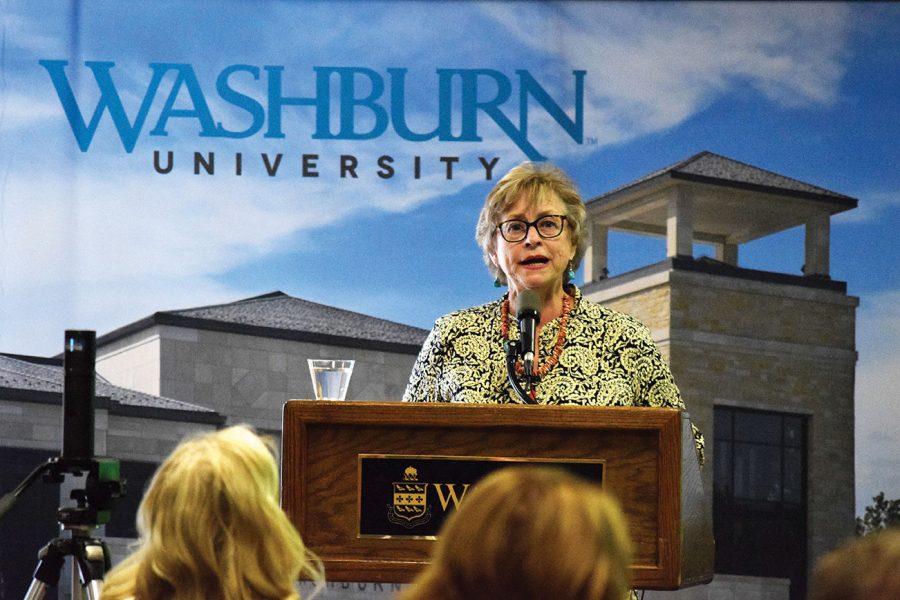 Cynthia Hornberger Ph.D. speaks about the importance of creativity in regard to leadership. She said, "Creativity is what makes me happy."

“On those crazy nights, something special happened. The ER was overflowing and people everywhere were very sick. The team would become an orchestra, with everyone knowing their part and everyone knowing everyone else’s part. Time would change pace and things got very fast… It was a joy to experience and I still miss it,” said Cynthia Hornberger, Ph.D. professor Emeritus of Nursing.

The Last Lecture began in 2009 as an opportunity for a professor emeritus to impart wisdom to fellow faculty and students. When a professor is presented with the opportunity to speak at the Last Lecture, they must answer the following three questions: “What have you learned, what is worth sharing and how do you want the information to be used?”

This year the Last Lecture was given by Cynthia Hornberger. She spoke about the importance of creativity in leadership. Hornberger presented on four principles of complexity science: nursing, leading, teaching and creating. She then focused the discussion on creativity and the role it plays in everyday life. Finally, she shared her thoughts on the connectedness of the world and described its nature as volatile, uncertain, complex, and ambiguous.

Hornberger received her BSN from Washburn University in 1978. Next, she attended the University of Kansas receiving a PhD, MBA, MSN and BA. Hornberger has acquired certification in Healthcare Outcomes Management, Clinical Nurse Leadership and licensure as an Advanced Practice Registered Nurse.

Hornberger began her career as a nurse. She spent ten years at Lawrence Memorial Hospital as an ER Nurse and gained outstanding experience for her work as a leader and teacher in the years following. She spoke about the nursing field saying, “It is an honor to be with people during great highs and great lows.” Hornberger’s leadership roles have included serving as an Instructor in the School of Nursing beginning in 1989; progressing to the rank of professor in 2005. She served as Dean of the School of Nursing from 2000 to 2009. In January 2010. She became the Special Assistant to the President.

Some of Hornberger’s key achievements include publications and presentations on wellness, leadership in complex systems and most recently, international education. Her most recent accomplishment being the co-directorship of the Transatlantic Double Degree (TADD) program with 3 European universities, the creation of the Leadership Washburn program and the redesign and implementation of the new Washburn website.

During the Last Lecture, Hornberger spoke about the importance of leaders enhancing creativity. “Creativity emerges where knowledge as a source of power is shared. Experimentation, trial and error, risk taking and failure are expected,” she said.

Hornberger also spoke about failure and categorized it as a learning tool rather than a stumbling block. Those who embrace their mistakes and learn from them will surely be successful.

Dr. Hornberger has been a part of the Washburn Family for more than 35 years and leaves behind an impressive and meaningful legacy.