The Washburn Review • May 10, 2022 • https://washburnreview.org/39410/sports/bod-brief-womens-tennis-sweeps-into-second-round-of-ncaa-tournament/ 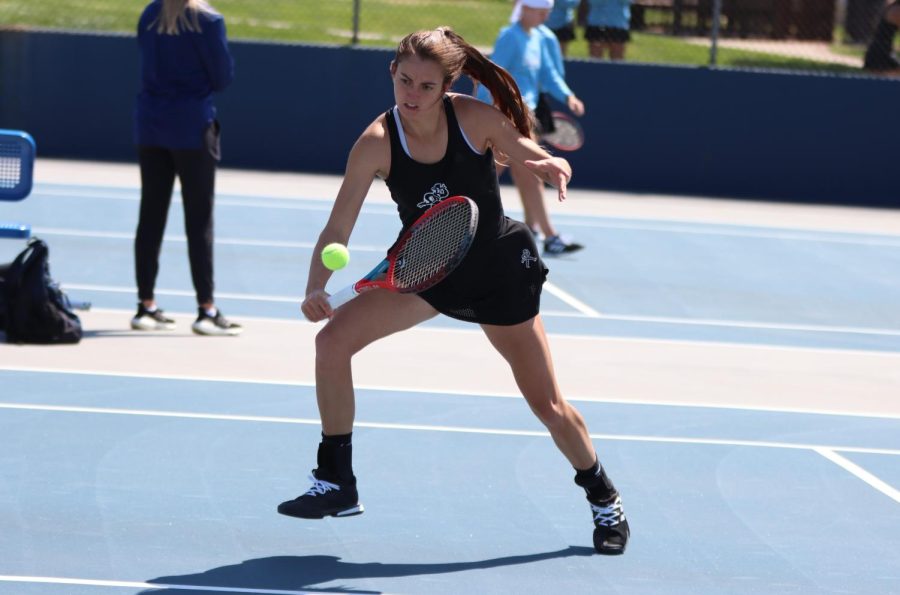 With a 14-11 record on the year, Washburn women’s tennis was selected as the sixth and final team in the NCAA Central Region Championships earlier in the week.

The Ichabods did not play like the lower seed May 6 as they upset the No. 3 seed Southeastern Oklahoma State University with a 4-0 sweep in Sioux Falls, SD.

Doubles play started with a 6-3 win from senior Kinsey Fields and sophomore Maja Jung from the No. 2 spot. This was followed by a 6-4 win for senior Svea Crohn and sophomore Marta Torres at No. 3 to claim the doubles point for Washburn.

After a long break between finishes, Fields claimed a three-set win at No. 6, winning the final two sets after dropping the first to clinch the 4-0 sweep for the Ichabods.

Washburn will have a quick turnaround as they take on the No. 2 seed Augustana University on their home court May 7 with a chance to move into the second weekend.
Edited by: Simran Shrestha