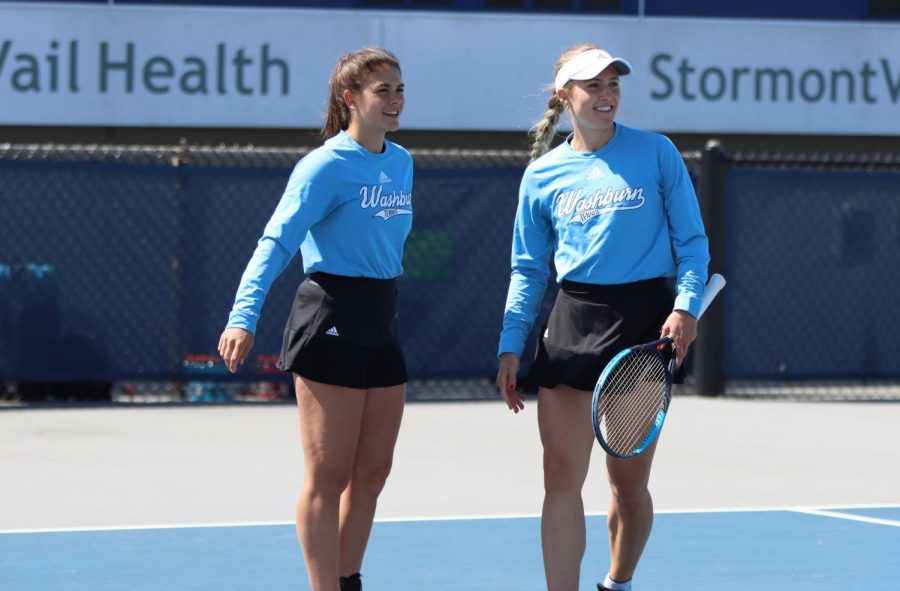 Washburn women’s tennis entered the opening weekend of the NCAA regional tournament as the lowest seed in the central region.

After a 4-3 win over No. 2 seed Augustana University on their home court, they leave the weekend as one of two teams from the region who are advancing to the sweet 16.

It is only the second time in program history that the Ichabods, who entered as the No. 6 seed, will advance to the NCAA National Tournament as the team moves to 16-11 on the year.

Washburn started doubles play with a 6-3 No. 3 victory from sophomore Marta Torres and senior Svea Crohn. The Vikings responded with a win at the No. 2 spot.

The No. 24 nationally ranked pairing of freshmen Isabella Martensson and Lara Schmid broke the tie with a 6-3 win from the No.1 position to claim the opening point.

Singles play began with quick two-set wins from Torres and sophomore Maja Jung on the No. 1 and No. 3 courts respectively.

Crohn fell in three sets at the No. 2 spot, making it 3-1. Augustana claimed another point after Schmid–who was up one set to none–was forced to retire from the match with an injury at the No. 4 spot.

Martensson fell in three sets at the No. 5 position, evening up the game. The tie did not last long as senior Kinsey Fields clinched the match for the second straight day with a two-set victory at the No. 6 spot.

The 4-3 win will send Washburn to Altamonte Springs, Florida beginning May 17. The opponent will be announced after reseeding.