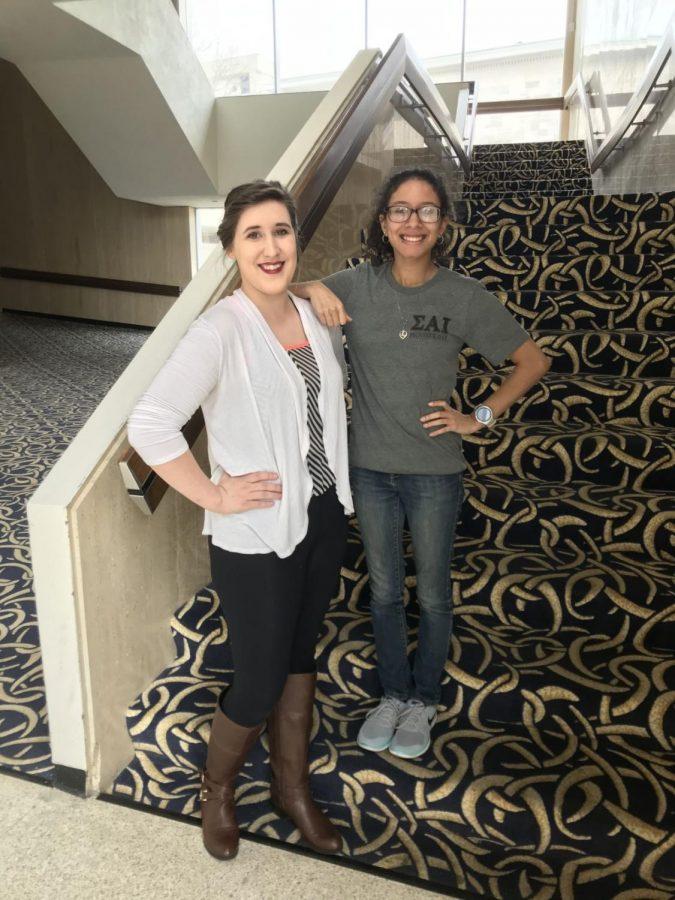 Aria and Solo Concerto Contest winners, violist and conductor Emily Winterburg and vocalist Sienna Haynes, will be featured on the President's Concert at 7:30 p.m. Friday, May 4.

Sienna Haynes and Emily Winterburg are the winners of this year’s Solo Aria and Concerto Competition. The competition is a bi-annual contest within the music department in which instrumentalists, vocalists and conductors compete for the opportunity to perform as soloists. This year, the performances will take place at the President’s Concert, 7:30 p.m. Friday, May 4, on stage at White Concert Hall.

Sienna Haynes, junior vocal performance major, won the vocal portion of the competition with Charles Gounod’s “Je Veux Vivre,” which translates to “I Want to Live.” The song is from Gounod’s opera “Roméo et Juliette,” a French-language opera based on the Shakespeare play of the same name.

“It’s a happy song, it comes before all of the tragedy,” said Haynes.

Haynes has been a singer in the Washburn choir for three years and also recently won a scholarship from the Topeka Opera Society Concert Association at a competition that was held here at Washburn as well. She is the president-elect for Washburn’s women’s music fraternity, Sigma Alpha Iota, which idealizes excellence in musical performance.

“I’m always very impressed with myself when I win against people who are older than me, because I feel like voice is something that matures with time,” said Haynes.

She enjoys shopping and playing with her pet tortoise, and wants to travel in the future. She plans to attend graduate school to pursue vocal performance and education after graduation.

Emily Winterburg is a senior music education major. Winterburg won the strings portion of the competition for her performance of the first movement of Franz Anton Hoffmeister’s “Viola Concerto in D major.”

In an extremely rare occurrence, Winterburg also won the conducting portion. At the President’s Concert, she will be conducting the Washburn Symphony Orchestra in an arrangement of Igor Stravinsky’s “Berceuse and Finale” from the Firebird Suite.

“I started playing piano in first grade, and then the viola after a few years, and I’ve absolutely loved every minute of it,” Winterburg said.

In addition to her music education experiences here at Washburn, Winterburg is also involved with Sigma Alpha Iota. She enjoys photography, oil painting and drawing. Both Haynes and Winterburg will be featured soloists at the President’s Concert Friday, May 4, so mark your calendars.