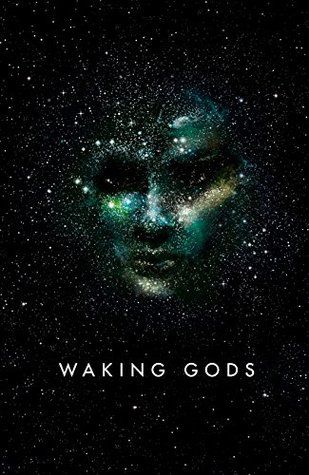 Space Jam: "Waking Gods" is the newest installment in the "Themis Files," a sci-fi series by Sylvain Neuvel dedicated to exploring humanity's reaction to the presence of aliens. The third and final installment will debut in May.

Imagine if you mashed up all of Michael Bay’s movies, mixed them with every government conspiracy theory ever, and added in a dash of “The Martian.” Imagine that, but good, and you might have an idea of the plot for the “Themis Files” series by Sylvain Neuvel.

The series roughly follows a group of pilots, scientists, linguists, and a mysterious narrator as they collect and experiment with an alien robot whose pieces were found all over Earth. Told through interviews, audio transcripts, and incident reports, the series explores what a global arms race would look like if the search was for alien parts, ethics in science and anthropology, and how far should one go to defend themselves against an intangible threat. The first book in the series, “Sleeping Giants,” was one of my favorite reads last year, and I was beyond excited to get my hands on the second book, which took place after a ten-year time jump.

While “Sleeping Giants” was more of a dark thriller, “Waking Gods” was clearly sci-fi. Cities get wiped off the face of the Earth as a result of brawling robots, alien invasion is imminent, and the entire book was a race against the clock to save Earth.  Ironically, despite the high death count of the book, it is much more hopeful than its predecessor. Here, the characters actually seem to like each other, and there are personal wins, not just scientific ones. The other big change in this book was the scale. The first book was more or less contained to a few locations, and the drama came from what horrible things the team was doing to each other. This time, the drama comes from outside the group, forcing everyone to band together and try to save everyone from a situation where they are clearly outgunned and outmatched. While this ended up causing the pacing to be less tight, it was probably a smart choice, since the levels of suspense from the first book probably couldn’t carry more than a single book without becoming stale.

In terms of plot points, Neuvel makes a lot of interesting ones-not bad ones, not great ones, just interesting ones. There are only so many ways a book about a hostile alien invasion can play out, so the different choices give this book the edge it needs after losing specific members of the main cast that gave the first half of the book its edge.

My main concern with the series moving forward isn’t anything in this specific book; it’s in the direction that the third book will clearly take based on the ending of this book and preview material available. Something both “Sleeping Giants” and “Waking Gods” do so well is deconstructing ethics not usually featured in literature, working this incredibly well into the story, giving them the rare quality of being books whose plot points are constructed around philosophical puzzles without feeling preachy. Books and movies that do this well are hard to find, but when you do find them, you know that they will age well, since they connect with questions on which humanity may never come to consensus. However, it looks like the final book in the trilogy will take on broader, more partisan issues, taking away one of the aspects that make this series so unique.

Overall, even though the pacing wasn’t as tight as the first book, the change in tone helped give the second book its own unique story to tell. The majority of the story is compelling and interesting, with the slightly botched ending the only sign of trouble to come in what has so far been an excellent series.