The Washburn Review • May 18, 2018 • https://washburnreview.org/3856/news/democratic-candidate-josh-svaty-announces-running-mate/ 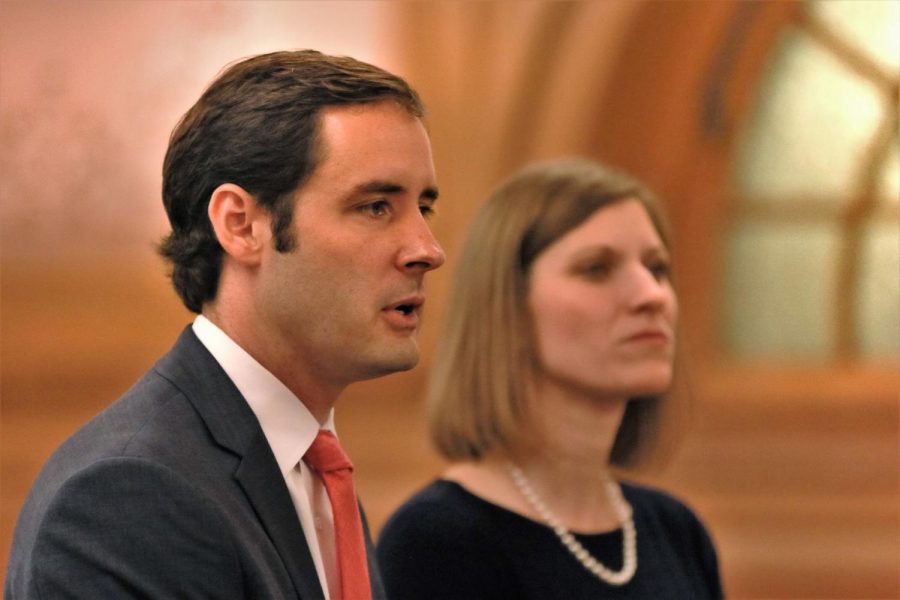 “It became abundantly clear that she was the absolute ideal person to be my running mate as we continue this race for governor,” said Svaty, who met Lewison 6 months prior to the announcement in the Kansas State Capitol on May 16, 2018.

A former platoon leader in the 101st Airborne Division, Lewison led a Blackhawk helicopter platoon during Operation Iraqi Freedom before eventually deciding to return to Kansas with her husband, Tyler, where she currently works as a director of consulting and training at CivicPlus.

Svaty has been criticized by Kansas Democrats for his more centrist views, particularly when it comes to his anti-abortion voting record. Lewison, conversely, is pro-choice, and along with Svaty hopes to expand women’s access to quality healthcare across the state.

Lewison also hopes to bring millions of dollars back to school districts and to improve the quality of education in the state. “There were 1,500 teacher vacancies in the state,” said Svaty, further stating that the state of Kansas is losing teachers to Missouri and Oklahoma. The Svaty-Lewison campaign aims to restore both due process and general respect for teaching as a profession, in addition to improving the quality of classrooms.

With the addition of Lewison, Svaty’s campaign now leans further to the center-left, which may win additional votes from the Democratic party. When asked if she would like to be governor and if she is ready for that, Lewison responded citing her 20 years of leadership experience, saying, “I am ready to step in as governor if that happens.”