The Washburn Review • May 23, 2018 • https://washburnreview.org/3854/news/student-activity-fee-set-to-change-for-some-students/

Student activity fee set to change for some students 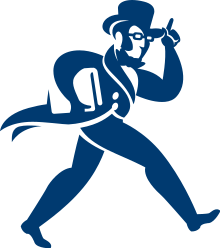 After a vote by WSGA, a number of students may see their student activity fee raised.

Currently, only full-time, on-campus students pay the full $55 fee. Students who take less than six hours pay $27, and those who exclusively take online classes pay no activity fee. The fee provides funds to various organizations and services that students can use, including WSGA, Campus Activities Board, University Child Development and Student Media. All enrolled Washburn students are entitled to these same services.

If approved by the Board of Regents, Senate Bill-015 will change the student activity fee so that every student, no matter their enrollment status, will pay the same amount: $55. The change will not affect Washburn Tech students, who do not pay the fee.

Surritt was quick to mention that even with this change, Washburn’s activity fee will still be the cheapest in the state.

While the discussion among the senators was mostly in favor of the change, there was some opposition to the bill.

Senators Traevor McPherson and Adam Thew both argued that the raise for online students was not necessary as they would not be using the services.

“I can’t imagine that some of these online students, if they’re already choosing not to come to campus by taking online classes, then they’re probably not going to be coming to campus as often as a student who is taking in-person classes,” McPherson said.

Thew agreed and said that, although a majority of online students live in Shawnee county and have access to these services and activities, he could not support a bill that caused those who don’t ever use them to be charged a fee.

Senator Abby Trautman pointed out that many students who are taking over 12 hours and already pay the $55 fee don’t use the services either.

After the final vote, which approved SB-015 by an overwhelming majority, both McPherson and Thew asked for the meeting’s minutes to explicitly state that they voted against the bill.

The bill also included language permitting the fee to change each year by the same percentage as tuition.

Having passed the student Senate, the bill will be sent to the Board of Regents for approval.