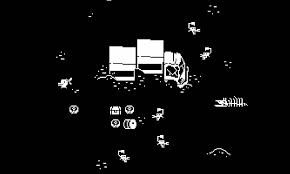 Treasures galore: Within the world of "Minit" you will find several chests. These chests have coins in them which are collectible that give you access to unlocking more things in the game. There are 19 coins in total for you to collect and you are provided with an extra heart and a trophy/achievement if you find them all.

Remember those old-school adventure games? Remember how delightfully challenging they were? Now imagine that, but with a time limit.

While playing Vlambeer’s new adventure game, “Minit,” there was a moment where I had finally solved a puzzle. I had tried so many times to figure it out before it finally clicked. Just as I was about to put the box exactly where it needed to go, I died. My small duck-looking character slumped to the floor, and “press X to try again” flashed on the screen. I obeyed the prompt, and suddenly I was whisked back to my checkpoint: a camper on the outskirts of a vast desert. I began heading in the direction of the puzzle. I finished it, but right before I reached the next area it was too late. Dead again. Faster this time. Not fast enough. The pattern repeated again and again, until I got the next stop.

You see, “Minit” is an action/adventure game with a timer. Sixty seconds is all you get to make it from point A to point B. If you pick up certain items, you then get to  use them to permanently open certain areas. Many of those areas have new checkpoints, so you don’t have to make a mad dash across the map for every single puzzle you need to complete.

The story is minimal, to be sure. You play an unnamed hero who, on a day of travel, picks up a sword that he finds washed up on the shore. The sword plagues him with a curse. The sword’s powers allow him to quickly dispose of enemies, but he can only live for 60 seconds at a time before he dies and begins again at home. As you begin to unlock new areas and acquire certain items, you discover that the cursed sword has come from a local factory, and that you must travel there to rid yourself of the curse.

The journey is not easy, as many things will be blocking your path. The game plays like a standard action/adventure title from the early days of video games. Just as it was in the original “Legend of Zelda,” you’ll have to acquire new items to proceed into areas on different sides of the map. Many of these items are locked behind puzzles or mini-boss battles. Therefore, not only do you have to traverse the world in only 60 seconds, but, once you’re at your destination, you may have only 20-30 seconds to beat a boss or solve a puzzle. This constant countdown to death injects the game with a frenetic energy. You may find your next task right as time runs out. Then you have to make your way back to the spot to get the next item you need. It’s a new way to approach this genre of game that is the main crux of what makes the game so good.

The game isn’t perfect by any means. It’s pixelated art style is delightful, especially considering that the sprites are so cute, and the animation is clean and crisp. Although, everything is just a bit too minimal. The animation for swinging the sword is the same no matter which direction you thrust, and the game’s black and white color palette leaves a lot to be desired. Especially when you compare it to the aforementioned “Legend of Zelda,” which, at the very least, had some colors in its backgrounds and character models.

The gameplay, with the exception of the countdown mechanic, is good but leaves little to be desired. Occasionally swinging the sword feels pointless due to wonky hitboxes, and a New Game Plus mode, which lowers the time to 40 seconds and gives you one life for the whole game, can make the entire experience frustrating. The game makes it seem as though you would’ve passed a crab enemy before you register a hit from the enemy anyway. It’s the kind of frustrating lack of communication and making sense that can really bog down a game. Thankfully, these experiences were few and far between, and, if you do get unexpectedly hit in the main game, you always have more hearts to backup and try again. The puzzle portions of the game really do work.

The time limit not only makes the puzzles fun, but the game exudes so much spark and love from other familiar action/adventure games that just trying to find out what to do next adds to the experience. Once you find that hidden path or find the area you never thought to look for, you feel a sense of true triumph. It’s moments like these in “Minit” that really make the game work, and the time limit means that you have to rush to reach those moments as fast as possible.

“Minit” is by far from being a true contender with the best of its genre. It is in no way a bad game though. Its charm, fast pace, devious puzzles and fun time-limit mechanic make it a really fun buy. For only $10, you should really give this one a try.