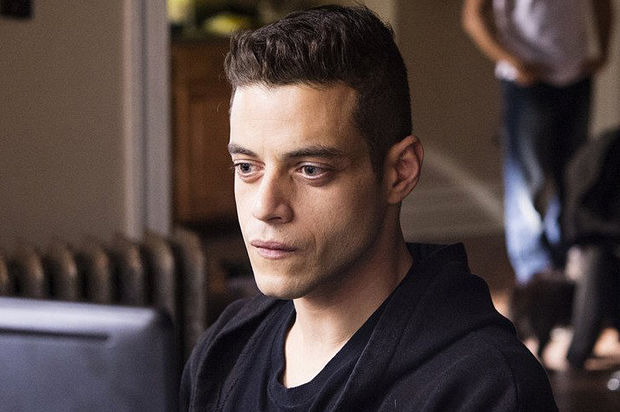 Rami Malek as Elliot Alderson in 'Mr. Robot', a series aiming to end while it is still great television.

In television, and all sorts of other media, the idea of quitting while you are ahead is as admirable as it is rare. However, a series must end when it no longer has stories to tell.

With the announcement that the critically acclaimed series “Mr. Robot” will be ending with its fourth season, and “The Big Bang Theory” finally ending after 12 seasons, it’s time to think about when a particular series should meet its end. While there are examples of series running too long, such as “The Office” and “Big Bang Theory,” there are also series that seem to end too early. A series rarely ends on its own terms rather than audience feedback, especially in the age of network shows that hit home for so many people. Fans just don’t want their favorite shows to end. However, when there is no longer a story left to tell, it’s better to quit while the show is still ahead, rather than dragging it along.

Audience feedback ultimately boils down to how much money a particular show is bringing in. If fans want more seasons, there is more money to be made, whether or not the extra seasons meet the same caliber. But, Hollywood needs to have room for quality over quantity. There are several examples to be named of series that are well-liked by both critics and fans that go on for too long and eventually lose quality. When I found out that Sam Esmail’s series, “Mr. Robot,” was ending on its fourth season, I was happy to see that this is what the creator wanted for the story. Instead of going the usual route of renewing it until it becomes unsuccessful, this series is ending on its own terms, and it is a welcome new take on television series.

There are several examples of once-liked series that drag on too long, such as AMC’s juggernaut series “The Walking Dead.” I was a die-hard fan of the show all through my years in middle school and high school. I watched every single episode with my family. It was a Sunday evening ritual for us. After season 5, the series just made misfire after misfire, and it never got to back to how good it once was. The series has gone on and on, with an incoming ninth season, but the longer it goes the more the quality drops. This drop has reflected in viewership, and the fact that two crucial lead actors are leaving the series and being written off (Andrew Lincoln’s Rick Grimes and Lauren Cohan’s Maggie) is a sign that this series needs to die. It is always sad to see news about the show because the show I loved for so long is just a cash-grabbing shell of what it used to be. The show needs to end, and the actors need to use their skills on projects worth watching.

Perhaps the most well-known example is “The Simpsons.” It is common knowledge that the series used to be incredibly popular and well-loved. The general consensus is that the series lost its edge in its 10th season. However, it is on its 29th season with no end in sight. The 10th season came out in the late 1990s, yet it continues to produce more seasons in 2018. I was born after this series was considered good, and it has been churned out consistently year after year, decade after decade.

An example of a series that actually ended, but far too late, was Showtime’s serial killer drama, “Dexter.” It ran for eight seasons but only half are considered prestige television. After season 4, many have stated time and time again that the series lacked good, inspired stories to tell, and the series is widely known for having one of the worst endings of all time. I really recommend that if someone watches the series to stop at the end of season 4. The rest isn’t worth your time.

There is some hope though. While not the overwhelming majority, there are some series that have ended at the right time: “Seinfeld,” “Portlandia” and “Mad Men.” I have a lot of respect for the people involved in ending them while quality was still high, and the practice hasn’t stopped. “Mr. Robot” is going on the same route, and “Sharp Objects,” as of now, was a one and done phenomenal series. The fact is, however, that the majority of people watching TV won’t care if it keeps on going forever. Every time an artful TV series comes along, the others become less and less excusable. If a show has gotten to the point where the main characters are replaced, or your main actors are downright written off the show, it should probably come to an end to give another better series a shot.