McDonald’s to offer McDelivery in Topeka 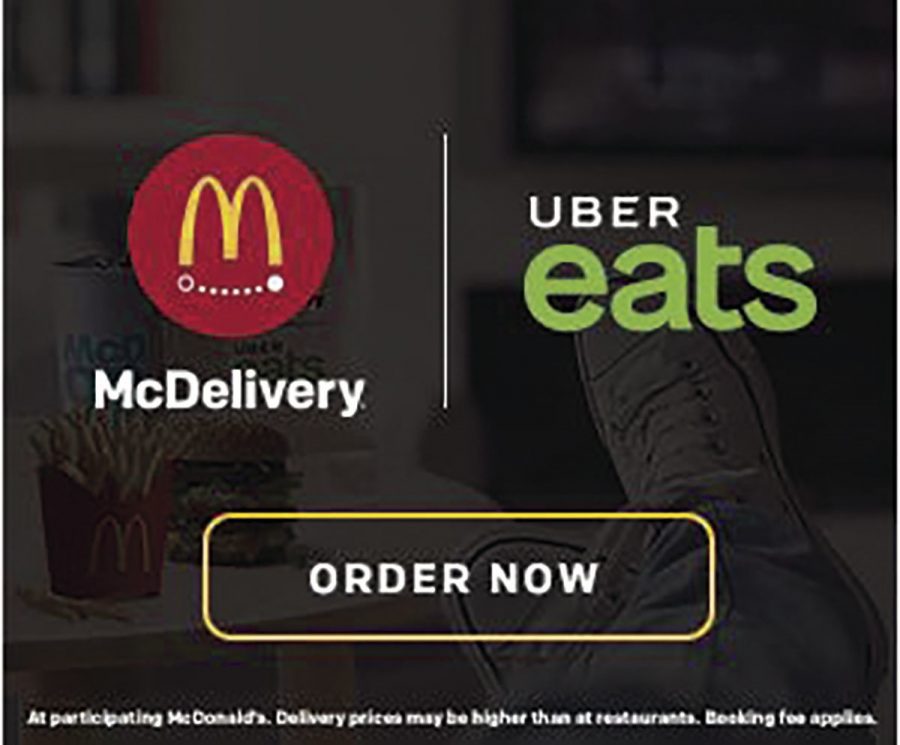 McDelivery essentially will proceed no differently than a pizza delivery service- call in an order and eat at home.

McDelivery plans to expand their delivery services to seven different Topeka stores this week. In addition to the grand re-opening of the newly refurbished Mcdonald’s Restaurant located at 21st Street & Belle Avenue, there will be a ribbon cutting ceremony hosted Sept. 12. The business will officially reopen Thursday, Sept. 13.

A member from the Kinesiology department spoke about their take on the McDelivery phenomenon.

“It seems that’s the way that the world is going, we stay at home and we just wait until our things show up for us at the door. As for good and bad, if a person chooses to eat that way in the first place, that’s their choice. What’s the difference between sitting in your car and having the food handed to you while you sit and eat anyway?”

Many students are excited about the new service, but others have differing opinions. Five out of 10 students surveyed have concerns about gas and thought that McDelivery will benefit students by saving them money on gas. Others encouraged students to cook at home because eating at home is potentially a healthier alternative. Students also mentioned that Mcdonald’s can expect a high number of orders from Washburn students.

Statistics show that students who drink sometimes attempt to drive to local McDonald’s for late-night food, despite the risk of drunk driving. According to The Center for Disease Control and Prevention, in 2016, 10,497 people died in alcohol-impaired driving crashes, accounting for 28 percent of all traffic-related deaths in the United States. However, companies that do the driving for them can benefit from customers under the influence.

“I think McDelivery could save lives,” one student said. “I can’t tell you how many times I drove to McDonald’s after a party. McDonald’s is the best way to avoid a hangover.” While another student worried that McDelivery will be more of a “Catch 22:” students may worry less about their drinking limit because they can order in McDonalds. Nevertheless, there are other ways that the service could benefit the Topeka community.

“Instead of you having to go out and get McDonalds, we can bring the McDonalds to you,” Dobsky said.

All the students interviewed were given the choice to avoid direct quotes to protect confidentiality.