BlacKkKlansman Review: one of the best films of 2018 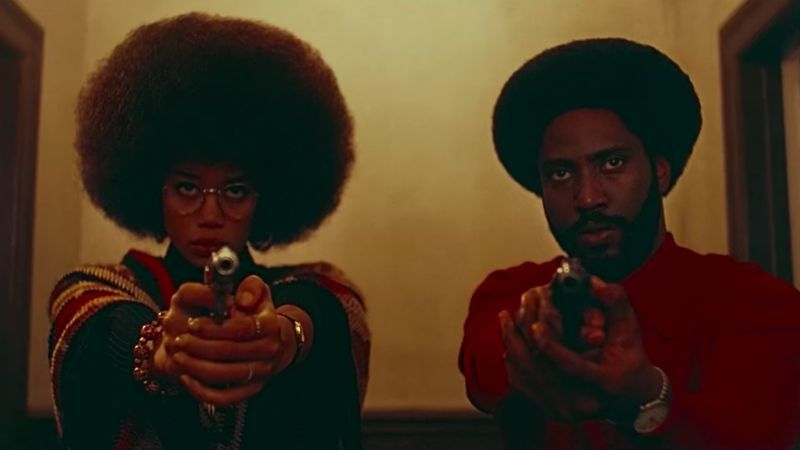 2018 won’t be over for a while, but this film is one of my top picks for the best one I have seen this year.

Starring John David Washington, Adam Driver and an impressive ensemble cast, not to mention being directed by Spike Lee, BlacKkKlansman, a crime and biographical film, tells the story of an African-American policeman who aims to expose the local KKK chapter. Set in 1970s Colorado, this film is absolutely powerful. Several of its elements just click perfectly, but it just has one flaw that won’t be ignored.

Washington and Driver are both absolute powerhouses, this can’t be stated enough. I loved both of their characters, with Washington’s Stallworth being the star. Their chemistry was incredibly enjoyable. I would totally watch a buddy cop film starring the two of them. I haven’t seen Driver in anything besides Star Wars, so it was a nice change to see Driver not being Kylo. There is not a single cast member that didn’t do their job incredibly well. From Laura Harrier’s character, to the central Klansmen and everyone else, nobody pulls you out of the experience. Accompanying these actors is a beautifully shot film, with the slight effect of it being in the 70s, which is reminiscent of Paul Thomas Anderson’s Inherent Vice, stylized shots that really stand out and the actors combined with the setting and mood create something very memorable.

The story is a fun and entertaining ride, mainly because of these characters, but also the themes and message. It is hard to explain, but the film balances its narrative and its message very well.  My only huge issue with the plot is the pacing, but other things make up for it. This film suffers from pacing in the middle of the film that is just a bit lackluster compared to the rest of the film, but thinking back I thoroughly enjoyed the middle section even if it wasn’t a perfect pace. One of the best parts of the film is its ending. It is the most powerful ending to a film I have seen since ‘Get Out’ and ‘Blade Runner: 2049,’ and honestly solidifies my opinion of the film as how stellar it really is.

The film also has some really funny moments at just the right times. Washington and Driver, along with other cast members, provide great levity throughout the film, especially Washington. This is one of my favorite aspects of the film, as every single bit of comedy lands in this film, and I chuckled several times. Everything just seemed to be clicking in all the right places, and Washington and Driver seemed to be naturals.

The film provides many instances that reflect society in contemporary times, some aspects being disturbingly similar, maybe even worse, as if time went by, but some humans didn’t change with it. These can happen seriously, but most of them are presented in a way that are really funny to see, but the film does get very serious at times as well.

Then there is the soundtrack, a small bit of licensed songs, but mostly an original score composed by Terence Blanchard. The soundtrack adds to that seedy 70s mood, complementing the rest of the film. While the score might have been repetitive at times, overall I enjoyed it and it definitely added to the movie.

If films like Slenderman can argue that films can just be bland fluff, BlacKkKlansman certainly argues that film can be used for a higher purpose than to make money. It provides a unique story with a very clear and human message that I’m glad to be seen and heard. Ron Stallworth is an incredibly memorable character (which I really think will put Washington on the map if he isn’t already is), and he has so many funny moments, as well as serious ones that combined makes a film that is very compelling. In the end, I wholeheartedly believe everybody should see this movie, and I myself will not forget about it anytime soon.