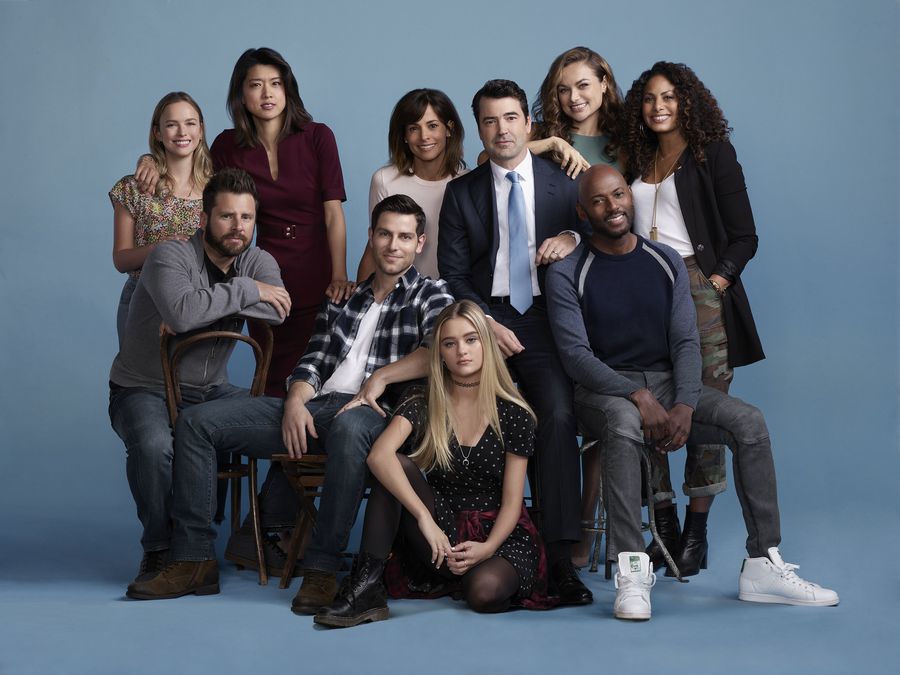 Cancer survivor, alcoholic, and suicide survivor all form an unbreakable bond held together by John (Ron Livingston), their keystone friend. John commits suicide and his friends are left to pick up all the pieces. They say friendship isn’t one big thing, but is a million little things.

Director,  James Griffiths, is known for directing previous semi-successful programs such as ‘Black-ish’, ‘Galavant’ and ‘Episodes’. This particular pilot episode was successful due to the chances it took with intriguing plot lines and early character development. Many unsuccessful series will introduce too many characters too early and the audience isn’t able to connect well enough with any of them. This then leads to less consistent viewership. Very few people watch a show because they care solely about the overarching plot. It is more about connecting with their favorite characters. When too many characters are introduced, its less likely an audience will empathize with the cast.

The creator of the show, DJ Nash was also the show creator of unsuccessful single-season sitcoms ‘Growing Up Fisher’ and ‘Truth Be Told’. Though Nash has struggled in the past, I believe he has found a successful creation in ‘A Million Little Things’.

Familiar faces appear in this series opener like one of my personal favorites, James Roday, who played Shawn Spencer in USA Network’s ‘Psych’. His charm and witty banter is similar to his dialogue in psych and I am excited to see what he does in this new show. In addition to Roday, David Giuntoli plays Eddie and is best known for his previous lead role as Nick Burkhardt in NBC’s ‘Grimm’.

‘A Million Little Things’ depicts a group of friends who refuse to let a tragedy divide them. They are taken aback by the death of their friend John, but they only want to improve because of the legacy he left. John was the glue that held the group together, but through his unforeseen passing, the group forms a stronger bond than ever before. The friends become more open and honest, because they feel it necessary to remain in each other’s lives.

“Everything happens for a reason,” is the theme of the first episode. The initial shock and overall emptiness felt by suicide is portrayed accurately and applies to real life relationships. Each character has their own real struggles. The audience can evoke a great deal of empathy for John’s friends and family.

If you have ever known someone who has taken their life, it can be an agonizing experience to live without them. It causes family and friends to question every little interaction with that person and search for a reason for their loss. Sometimes its not as clear as we hope and often we don’t get all the answers. ‘A Million Little Things’ lets you into just a small part of that grief felt by those left behind.

I strongly recommend this show to anyone who likes to think, cry and laugh all in the span of an hour.