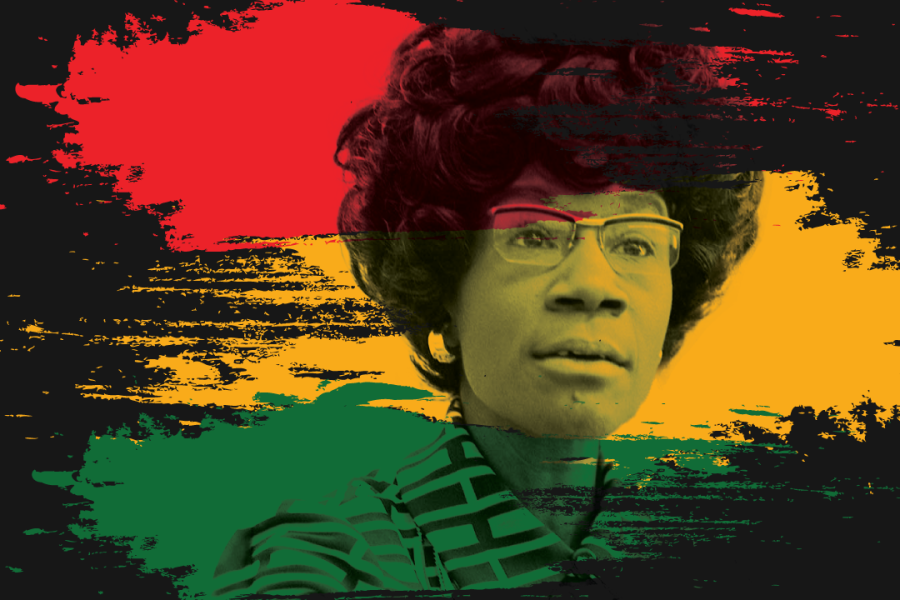 Shirley Chisholm is the first in this series that are going to be highlighted. She was an advocate for the rights of African Americans and women throughout her career.

In celebration of Black History month, I present to you a series on some of the most prominent African Americans to bring them the acknowledgement and the appreciation they deserve.

According to womenshistory.org, throughout college, professors would often encourage Chisholm to pursue a career in politics, seeing as she’d won several prizes while being on the school’s debate team. She said she faced a “double handicap” referring to being both black and a woman.

During this time women didn’t have the same opportunities as men, but the fact that she was also African American stripped away many opportunities for her. Yet, Chisholm pushed on to become a nursery school teacher, and in 1960 she was an education consultant to the New York City Division Day Care.

With race being a primary issue during this time, Chisholm decided to become more active within the community by joining several chapters such as the National Association for the Advancement of Colored People and Democratic Party club in Bedford-Stuyvesant, Brooklyn.

Chisholm began her political career in 1964, joining the New York legislature as an assembly person, according to history.house.gov. There, she introduced bills to help fund daycare centers, college students and domestic workers. About three years later, Chisholm was elected to Congress as the first black congresswoman, where she helped form the Black Caucus and worked on the Education and Labor Committee.

In 1972, she ran for President in the New York Democratic primary, becoming the first black woman of a major party to run for a presidential nomination, according to history.com. During her campaign, she used the slogan “Unbought and Unbossed” as a way to enforce her stance within politics. Unfortunately, many people were upset with this causing many challenges for Chisholm. According to womenshistory.org, Chisholm was “blocked from participating in televised primary debates, and after taking legal action, was permitted to make just one speech.” Still, many minorities and women continued to follow her, so Chisholm pressed on with her campaign.

After serving seven terms in the House, Chisholm retired and was named the Purington Chair at Mount Holyoke College in Massachusetts. She also became a visiting scholar at Spelman College in Georgia. In her later years, Chisholm was sought out as a speaker for different lectures. Unfortunately, in 2005, Shirley Chisholm died at the age of 80, after experiencing several issues with her health, according to nytimes.com.

Throughout her lifetime, Shirley Chisholm fought against the discrimination of black people, specifically black women. She was bold, confident, unashamed and willing to take on the pressures presented to her. Chisholm opened the doors for black women to step into positions uncommonly held by them and stand up for what they believe in.