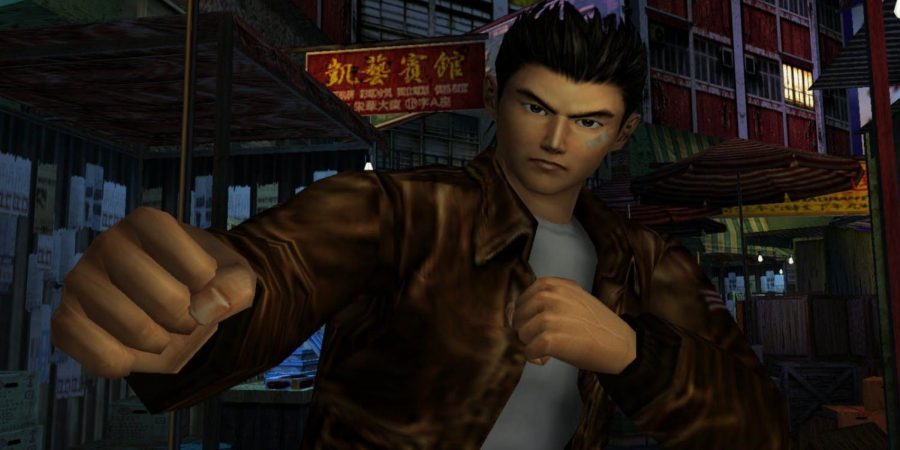 Ryo Hazuki, the lovable stoic protagonist of cult classic Shenmue punches, kicks and forklifts his way through his journey to avenge his father.

“Shenmue,” a story-driven action game developed by Sega AM2 has returned, this time on PS4, Xbox One and PC. It was released all the way back in 1999 for the Dreamcast. I knew of this game simply for its huge cult following. It is widely regarded as one of the greatest games of all time. Despite fairing well with critics, “Shenmue,” and its sequel, “Shenmue II” were both considered failures commercially. However, the massive cult following has lead to a third installment to the series, coming in 2019, due to the overwhelming success of the kickstarter campaign to bring back the series.

In the game, you star as Ryo Hazuki, a teenager who sees his father murdered right in front of his eyes at his home. Ryo is a martial artist, and right away Ryo is set on finding the mysterious man who murdered his father and stole a strange artifact from his father’s possessions.

Your quest to exact revenge on your father’s death will involve punching, kicking, playing real-life arcade games, driving forklifts and tons of other stuff.

This game is not a full remake. It has a high-definition shine to it. It isn’t blurry, but the classic graphics are a note back to the original. They’re still quality graphics, though, and you can really trace a straight line from “Shenmue” to modern series such as “Yakuza” and “Sleeping Dogs.”

Combat is hand-to-hand in this game. You will be given combos, and your basic attack buttons are grab, dodge, kick and punch. I really wasn’t very good at the combat, but I still had fun with it.

I am glad that Sega kept the original look of the game because it has a perfect aesthetic. It feels like I have played it before when I was younger, but I never did. The thing about older games is how great they feel overall, and “Shenmue” feels like you’ve entered into a timewarp back to a simpler time in life. I feel like a huge update to the game wouldn’t have the same effect, and it is one of my favorite aspects of playing this game. The soundtrack adds to it and fits the atmosphere like a glove.

There are some downsides to the decision to keep the game in its original state, but while they might be annoying at first, they really grow on you. Character faces are VERY dated, particularly Ryo, who has this permanent wide-eyed death stare on. To accompany that is the audio track, it is compressed, both in the Japanese tracks and the English tracks, and the voice acting is very 2000s. It feels funny pairing it next to the perfectly fine music, but it never really pulls you out of the experience. If anything, it really builds its own atmosphere and brand of nostalgia. Soon into starting “Shenmue,” I knew this game was special, and I feel like many small elements are important to that, even with small quality problems.

The only problems that I do think are annoying are the lack of an easy-to-access map and a time-skip option. You have a small, but detailed, city to play the game in, and there is a day-night cycle of sorts. The story missions are separated by time, and the only way to skip time in this game is to go home and sleep, but you still have to kill a bit of time. I usually do things like walking into one of the arcades in the city, my favorites being “Hang-On,” a real arcade game that actually released in 1985, and “Space Harrier,” also released in 1985. These arcades add another element that makes this world feel lived-in and real.

Overall, “Shenmue” is a classic, and shouldn’t be missed. Some people may not be into it, but I really think it is a special, time-capsule of an experience. It took me back to me playing old PS2 games, and it is a fun game that should be experienced.