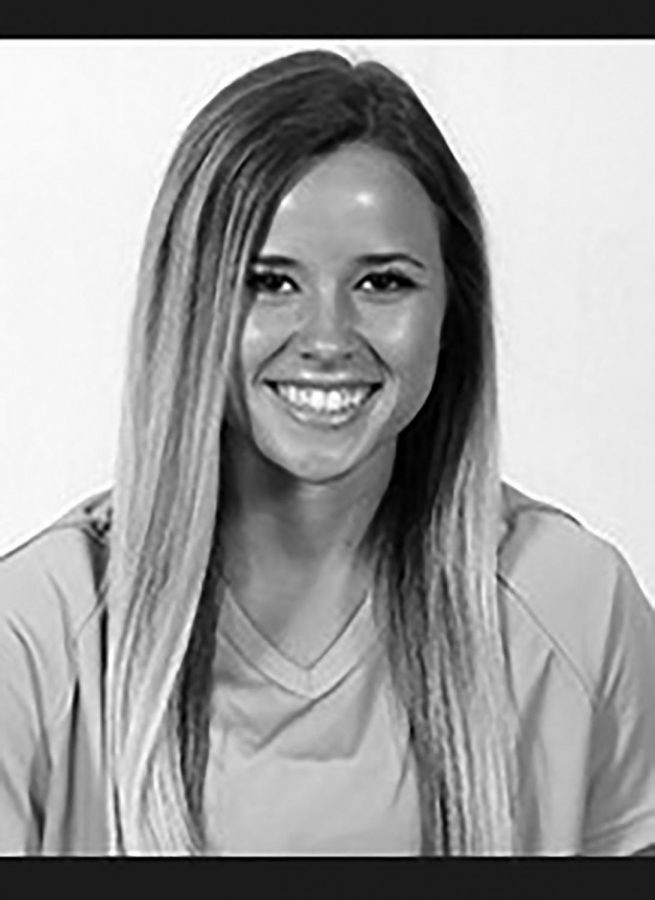 Growing up two hours south of Topeka in Wichita, Kansas, sophomore midfielder Tera Lynch has been no stranger to the spotlight since beginning her athletic career at the age of 5.

Graduating from Goddard Eisenhower High School in 2017, Lynch found herself competing in various sports growing up. This included softball, gymnastics and even football. Wanting to be just like her older brother, Blake, who was also a successful high school soccer player, she chose to focus on soccer as a way to pave a dominant future in athletics.

Using her brother as an inspiration, Lynch found herself being the kicker on the football team during her freshman and sophomore year of high school. She saw the experience as a way to bond with her sibling while also advancing her athletic abilities.

Lynch said she chose to attend Washburn because it keeps her close to her family while also giving her a sense of belonging in the soccer program. Being very family oriented and her brother being the kicker for the Kansas State football team, Washburn being close to Manhattan as well as Wichita was a major benefit for the whole family.

Having her major occupational therapy with a focus in special education patients was a very crucial attribute that Lynch looked for when choosing where to attend college. This is because plans for her future include using her degree in order to open up a client base for special needs children, so Washburn offering an OTA program is a major factor for Lynch’s life goals.

“I really liked the location because I’m able to watch my brother’s games on Saturdays and my family can also watch my games when we play on Fridays and Sundays… They [Washburn] also offer my major and I loved the girls on the team as well as the coaches when I came on my visit here,” Lynch said.

Lynch makes sure to take frequent trips back to Wichita to see her parents, Kim and Jason, her three dogs and her two goats named Timmy and Billy. Before leaving Wichita to start her collegiate career, Lynch said she could have never pictured herself wanting to build her adult life back home close to her parents.

Her dad started his own roofing company at the age of 19 and married his high school sweetheart, Tera’s mother. Lynch said she uses this work ethic as a motivation to work hard in order to pave her own road to success.

In her free time away from the soccer field, Lynch finds herself doing way too much online shopping, taking too many naps and watching her brother play K-State football. She also finds that going to the gym and doing yoga is a good escape to being a student athlete. She wishes that going to the lake all year round was possible.

Finding herself needing to ‘be an adult’ after moving out for college, Lynch has one warning she wishes someone would have given her: life is expensive.

“You never realize how easy you have it living under your parents’ roof until the first time you have to go to the grocery store on your own and realize how oblivious you’ve been to life’s expenses,” Lynch said.

Although a strong performing athlete on the field, Lynch wants her fellow students to know that she’s always welcome to making new friends and being another friendly face on campus.

“I give great advice, my friends always come to me with problems and I do my best to help them through their struggles. I wanted to be a counselor originally but decided that my love for special needs kids was stronger than my love for problem solving… I want people to know that when it comes to needing a friend, I love helping people. Don’t be afraid, you can be super comfortable around me,“ Lynch said.

Working hard in school and soccer, Lynch hopes her successes will let her live the dream life she has created for herself. She wants to adopt children with special needs and create a large family full of unconditional love and support.

Lynch appeared in all 20 games for the Bods last season, starting as a freshman in 18 of them. She finished the 2017 season with a team high of 34 shots and 16 goals. She hopes to improve these already impressive numbers during her sophomore season as an Ichabod.