“[Title of Show]”: Musical takes off at WU 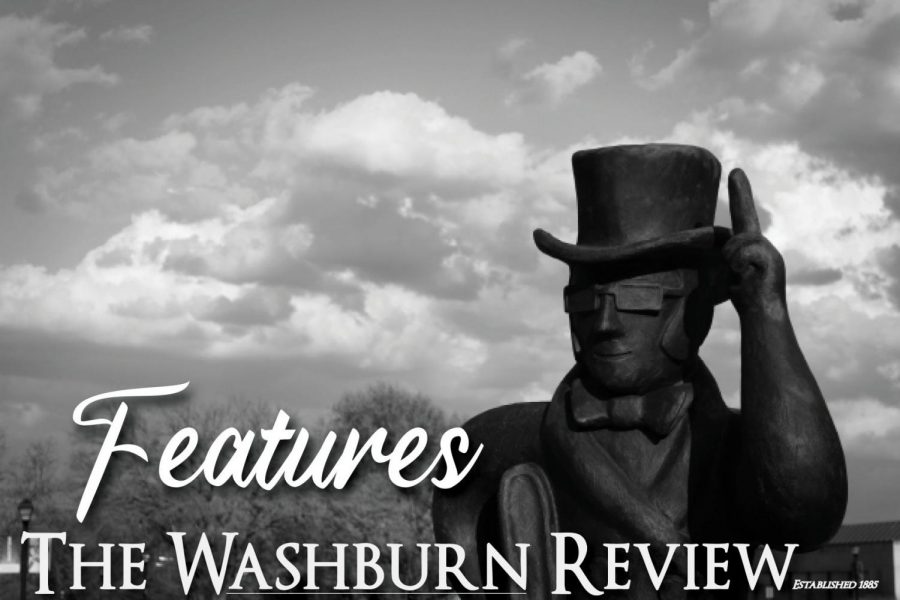 Musicals, strong language and references in all genres can best describe “[Title of Show].”

“[Title of Show]” will open at 7:30 p.m. Sept. 6 – 8 and at 2 p.m. Sept. 9 at Washburn University. The musical is a one-act show with music and lyrics produced by Jeff Bowen. It is based off of a book by Hunter Bell. In the musical, it showcases the struggles of the author and composer along with their two actress friends within a three-week period. Jesse Bigelow, Alexander Laughlin, Tracy Bell and Emma Staats will be portraying each of the four characters with Isabella Martinez-Haskins as an understudy for Emma Staats.

The production for the show was chosen by the Musical Theatre Festival and premiered in September of 2004 in New York. The writers who were stars in the musical won Obie Awards and the author, Bell, was nominated for a Tony Award. The making of “[Title of Show]” was due to Bell receiving an announcement for the New York Musical Theatre Festival and the deadline was three weeks away, hence the three-week time period in the musical.

At the beginning of the musical, there is a song titled “Untitled Opening Number.” This song is the conversation between Jeff and Hunter, and the possibility of entering the New York Musical Theatre Festival. In order for the men to enter into the festival, they recruit their two actress friends, Susan and Heidi. When Hunter and Jeff begin writing ideas for their musical, Susan and Heidi are shown to be voices in their head, filling them with suggestions.

Jeff and Hunter believe that if their musical becomes a hit then they can replace the four chairs with four diamond covered chairs, but with this optimism comes doubts. Heidi begins to wonder what she has signed up for, and Susan wonders where she will fit in while Hunter worries about sketches and the songs. With this doubt, Susan and Heidi become suspicious of each other. Along with the trouble between Susan and Heidi, Hunter and Jeff become discouraged. With all of this negativity, Susan goes on to sing a song titled “Die, Vampires, Die,” implying that the “vampires” are the thoughts in everyone’s heads. After this song, Jeff and Hunter are ready to finish the show and begin tackling the festival paperwork.

While all four of the characters are filling out paperwork, no one can come up with a name for the musical and they leave the name “[Title of Show].” Hunter begins to worry that the festival will not pick the show, but Jeff reassures him by telling him there will only be an act two.

After the performance, their musical is chosen. With their show chosen, Heidi and Susan put their differences aside and bond over their roles.

With the thought of their show going to Broadway, the four begin to argue about making changes to the original script, or if it should be left alone. Hunter believes they should recast Heidi’s role to get a better reaction. During a photoshoot, everything is brought out into the open. Everyone is mad at another person within the group. At this point, a keyboardist who had no lines until this part begins to feel left out during the photoshoot. Apologies start rolling in after everyone had a chance to cool off. The four become one again. With this, the four agree to leave the original script alone and send it on its way.

Upcoming auditions for the next shows put on by Washburn University will be held Monday, Sept. 10. The next shows range from musicals to improvisation.