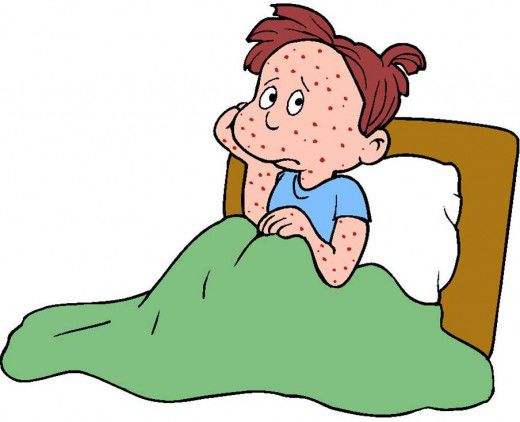 Two recent cases of chickenpox at a local high school prompted Student Health to send an email notifying the community about the possibility of the disease making its way to Washburn.

While chickenpox usually affects children, adults who have had chickenpox can still be affected.

“It’s not nearly as common for adults to get chickenpox,” said Tiffany McManis, director of student health. “What happens to adults is they get shingles. It’s a virus. Even though you have antibodies the virus can still rear its ugly head sometime down the road.”

McManis said that for this reason and others, there are steps that should be taken when cases like this are in the area.

“You need to be careful around anybody who’s immunocompromised, anybody who’s pregnant, [and] very young children just because they don’t have that immunity built up to fight off that infection,” McManis said.

The cases in question were at Washburn Rural High School, only six miles away from Washburn University’s campus. McManis said that though there are only two cases, and even though they are currently isolated to WRHS, she believes there is more to come.

“That’s why the notice was sent out,” McManis said. “Just so that people can be aware that it is in the community.”

McManis believes that with the Topeka/Shawnee County community being as small as it is, there is every reason to be cautious.

“People have families, they friends [and] they have relatives,” McManis said. “Even if they feel like they’re pretty safe in their immediate spaces, that doesn’t mean that someone that they know isn’t [affected].”

The virus doesn’t take much to reach people.

“It spreads so very easily, through touch, through air droplet contact from people just talking and breathing,” McManis said. “It doesn’t have to be coughing or sneezing.”

There are many precautionary steps to take when this disease or any other, spreads.

In order to stop the spread, people should be aware of the symptoms of the disease.

“It is fever, it is a rash, it bubbles up, it’s itchy,” McManis said. “There’s little round pustules [that] need to be dry before you return.”

These symptoms come on pretty quick as well, one to two days, and McManis said that people experiencing them should get checked out. The recovery does take time.

“That’s usually around a week, maybe 10 days,” McManis said. “You are contagious one to two days before the onset of that rash until the seven to 10 days that the rash is dry.”

McManis said that students who may develop chickenpox or have any other concerns at Washburn need to seek some sort of medical treatment.

“If they want to come in here they’re absolutely welcome to,” McManis said. “If they’d rather go see their regular provider, if Topeka is home for them otherwise, that’s absolutely fine. It doesn’t matter to me just get checked out somewhere.”

McManis said that seeking a provider when you develop diseases like the chickenpox is vital to keep the university aware of what is going on, especially with confined spaces like classrooms and residence halls where diseases, such as meningitis can spread easier and more quickly.

Adults are able to get the chickenpox vaccine, which is done in two vaccines spread a month apart. McManis said that women who get the vaccine should avoid getting pregnant within 30 days after the vaccine. While Student Health Services does not offer the vaccine, according to McManis, the Walgreens walk-in clinic and the Shawnee Health Department both do and accept health insurance