Healthy but hurting: What you eat is important 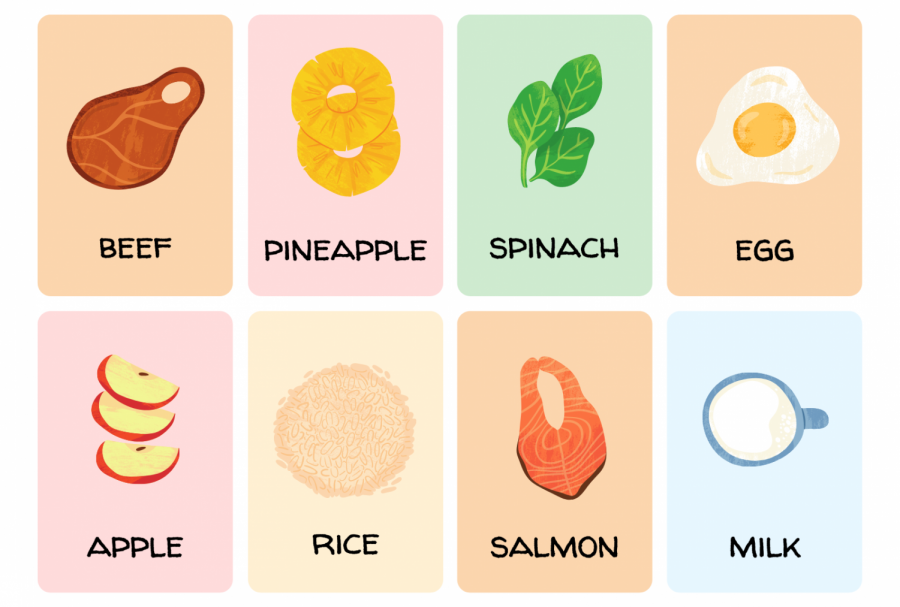 There are many things to consider when planning a diet. One thing that was helpful for me was to eat fresh foods instead of processed foods.

When I was first diagnosed with fibromyalgia, my doctor’s first response was to put me on medication. I tried medication as my main offense for about a year and a half, but eventually I realized that the small improvement of my pain was not worth the side effects that came with it.

A few months ago I started working with a nutritionist who specializes in working with patients with chronic illnesses. The three months I have spent changing my diet have done more for my pain than any pill.

My diet change started with testing my food sensitivities. Food sensitivities are different from food allergies in that they are not life-threatening and are not an immune system reaction.

Food sensitivities can however cause issues such as nausea, gas and bloating, cramping, constipation or diarrhea, migraines and more.

I shipped off samples of my blood to a lab in Florida, and about a week later I had my food sensitivity results. The program I went through ranked foods on a scale of green, yellow and red, with red being the most reactive.

I had two foods in the red zone: turkey and soy. That doesn’t sound too bad, until you realize that soy is in an alarming amount of processed foods. My yellow foods included beef, wheat, rice, vanilla, sunflower seed, corn, cauliflower, pineapple, orange, avocado and more.

For the first three weeks of the program, I cut out all of my red and yellow foods and avoided foods that can cause general gastrointestinal irritation such as beans, dairy, garlic and onion. Those were a tough few weeks, especially since I love garlic and onion. The idea behind eating such a simple diet is to calm your digestive system so that you can start strengthening and repairing it.

Once I successfully cut out those foods for a few weeks, I was able to start adding in some of my yellow foods, one at a time. The color categories have their own spectrums as well. For example, you can have a yellow food on the more reactive side or the less reactive side.

Pineapple was one of my yellow foods, but it was very close to being classified as a red food for me. I started trying out my less reactive yellow foods such as corn, rice and raspberries. As I reintroduced these foods, I had to be hyper-aware of how they made me feel after I ate them. If I started to feel worse or had GI symptoms, then I knew I should probably stay away from that food.

Although soy is one of my red foods, it has slipped into my diet every now and then. Soy is an especially difficult food to avoid because it is in so many things such as candy, chocolate, baked goods, processed foods and fast food. When I do eat soy, I usually pay the consequences.

I could go on and on about the trial and error I went through while refining my diet, but the basic idea is this: food is a vital element in our lives and we should take more care in what we eat.

Looking back, I wish my doctor would have considered my diet as an issue, instead of just prescribing me medication. Traditional medicine often uses drugs as a band-aid instead of fixing the issue.

I could have saved myself a lot of pain, money and frustration if I had worked on my diet first. I would recommend working with a nutritionist to anyone who suffers with chronic pain, GI issues or migraines.

Even if you don’t suffer from those things, I think anyone can benefit from working with a nutritionist to create a healthier diet.

I had a great experience with ReThink Nutrition in Manhattan, Kansas and would highly recommend working with them.