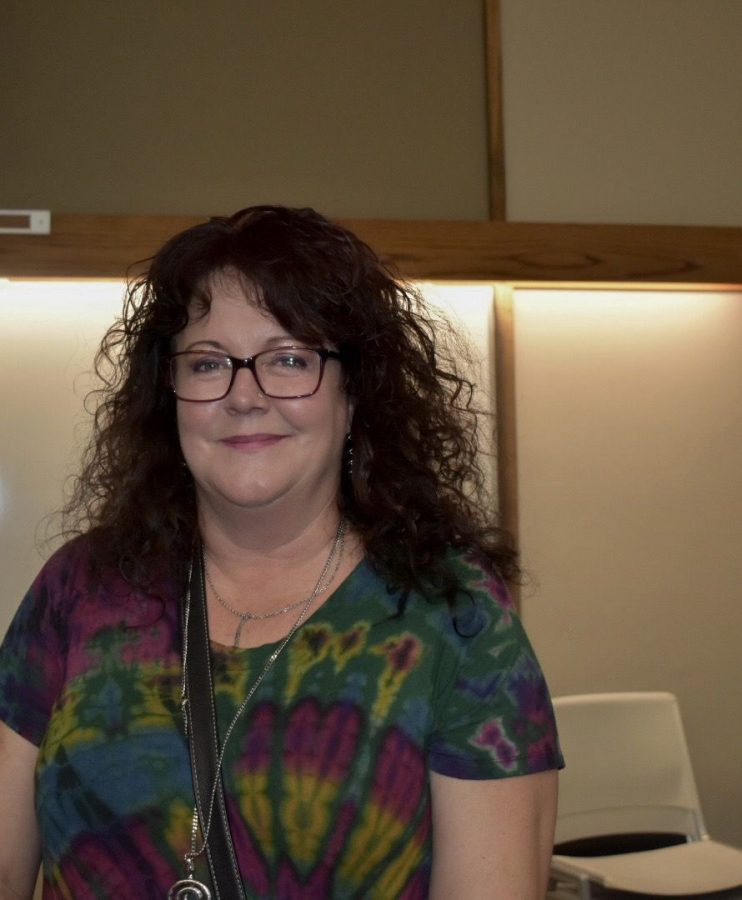 Exploring Faith Series: Life Lessons from a Voodoo Priestess. "Voodoo is for everyone, but not everyone is for Voodoo."

Voodoo Priestess visits Washburn and speaks about the misunderstood religion of Voodoo and her life as a Voodoo priestess. Several Voodoo and religious experts were present at the Exploring Faith Series event.

Monday, Sept. 24, Julia Valdivia spoke about her experience with Voodoo. Professor Accilien, african and religious studies professor at the University of Kansas, explained further about the history of Voodoo.

Voodoo is largely stereotyped and misunderstood in the western world. Many view Voodoo as a bizarre, satanic practice.

Media plays into this stereotype by portraying Voodoo through zombies, black magic or witchcraft. Movies such as “The Serpent and the Rainbow” and “The Plague of the Zombies” also contribute to the misrepresentation of Voodoo.

In reality, Voodoo is about spirituality and is credible just as religions like Christianity, Judaism, and Buddhism.

People often live in thought binaries and tend to become judgemental about lifestyles different than their own.

A stereotype exists of spirits either being good or evil; however, this is simply untrue. Accilien claimed that spirits are, in fact, gender neutral, and spirits do not fit into the binaries that current American society has normalized.

“Spirits are like people. They all have their own unique personalities,” Valdivia said.

Voodoo is divided into three different types based off region. Consisting of Western African Voodoo, New Orleans Voodoo, and Haitian Voodoo. According to The Occult, Voodoo in Haiti began in 1724.

The religion in the Caribbean was formed off of resistance from white colonizers, and the Haitian way of life is heavily based off of Voodoo.

“White people have a fascination with Voodoo and this began with the Atlantic Slave Trade,” said Accilien.

This fascination does not often come from a place of curiosity, but more so a place of judgement and entitlement. Colonization is one of the main reasons African religions and Voodoo are seen as controversial.

Women empowerment is another large theme that arises with the religion of Voodoo. Marie Laveau is one of the most famous Voodoo priestess’ located in New Orleans in the 1800’s. In the third season of American Horror Story, Voodoo itself was somewhat misrepresented, but the representation of women and Marie Laveau were fairly accurate.

Chris Jones, professor of religious studies at Washburn, spoke about World Religions and how Voodoo is stereotyped due to Eurocentrism.

Voodoo falls under the classification of a world religion similar to Christianity, but many textbooks and resources isolate common European and Asian religions. While excluding other religions and lumping millions of people into the category of “indigenous.”

Jones claimed that white-washing in history is a main contribution to why Voodoo is so misunderstood. Frankly, many religions are not taught to people in western society. “Outside of these stereotyping ideas, people do not have any exposure to or education about Voodoo,” Posey said.

Many people ask Valdivia, a middle-aged white woman, how she became a Voodoo priestess. She said it began with vivid and realistic dreams that she later realized were spirits inviting her to “open the door.” Valdivia said that spirits do not hold importance to the age or sex of the person they choose.

Valdivia later traveled to New Orleans for an initiation process, and at first she was skeptical.

“The minute I stepped into that temple, barefoot, it resonated with me and felt right,” she said.

Her lifestyle now revolves around her religion.

Valdivia decided to open a voodoo shop in Kansas City named KC Conjure. She spends a majority of her time running her store, traveling to New Orleans, and being a full-time mom. Her daily life does not consist of the stereotyped idea of devil worshiping witchcraft. In fact, she lives a fairly normal life.

The overarching theme from the Exploring Faith Series: Life Lessons from a Voodoo priestess event was that Voodoo is widely misunderstood. She claimed that, “you can read as much as you can, but you will never understand until you live it.” Opening oneself to different lifestyles and religions to one’s own is incredibly important to diversify and understand the rest of the world.