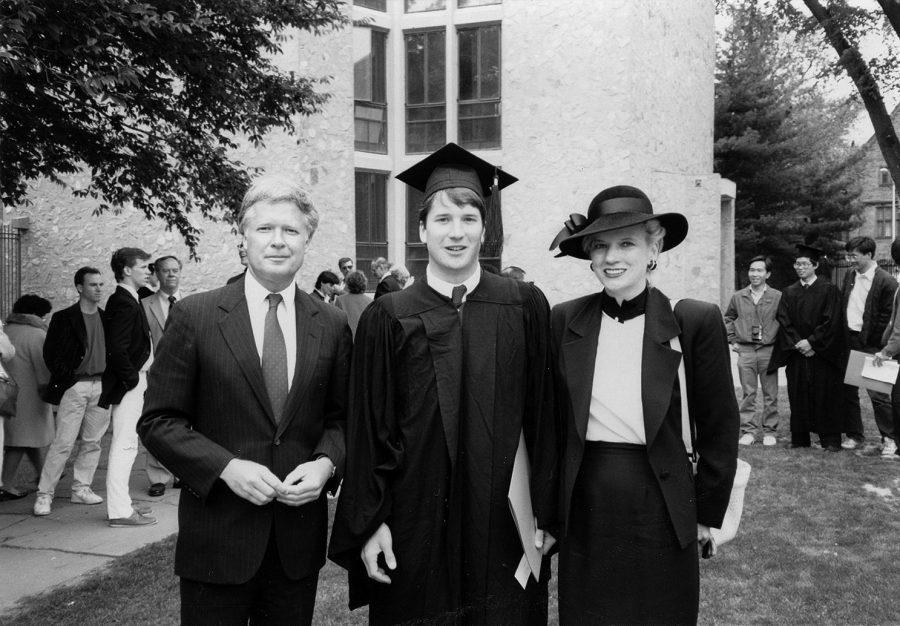 From graduation to accusation: Supreme Court nominee Brett Kavanaugh graduated from Yale  University.  Deborah Ramirez, the second accuser, alleged that her incident with Kavanaugh happened while they were both at Yale.

The latest scandal surrounding the Trump White House has culminated in the form of sexual assault allegations against Supreme Court Justice Nominee Brett Kavanaugh. In recent weeks, Kavanaugh has faced accusations of sexual assault from Christine Ford who has thrown his nomination to the Supreme Court into chaos. Furthermore, Deborah Ramirez has come forward and announced that she has suffered from indecent exposure from Kavanaugh as well. While these accusations are serious and come days before he is to be confirmed to the Supreme Court, neither of the accusers have testified in court against Kavanaugh.

Kavanaugh was born in Feb. 1965 and is a jurist who serves as a United States Circuit Judge of the U.S. Court of Appeals for the District of Columbia Circuit. Kavanaugh graduated from Yale College with a degree in American history and a degree in law after graduating from Yale Law School. His early professional career is most noted for his investigations of Bill Clinton and drafting the “Starr Report,” which advocated for the impeachment of then-president Bill Clinton. Kavanaugh was nominated to the U.S. Court of Appeals for the D.C. Circuit by President Bush in 2003, which was stalled for three years over charges of partisanship. Kavanaugh was ultimately confirmed to the D.C. Circuit in 2006 after heated negotiations between Republican and Democratic senators. Kavanaugh is set to replace Associate Justice Anthony Kennedy, who is retiring, after he was nominated by President Donald Trump in July 2018.

Kavanaugh’s first accuser, Christine Ford, was born in Nov. 1966 and is a psychologist and professor of statistics at Palo Alto University. She is well-published in her field of designing statistical models for research projects. She has also worked as a research psychologist for Stanford University’s Department of Psychiatry and as a professor at Stanford for the University’s school of medicine. Ford has written and co-written several books on topics relating to psychology, mostly centering on depression.

Christine Ford came forward with her accusation after learning that Kavanaugh was being nominated by President Trump to the Supreme Court. After meeting with Senator Dianna Feinstein of California, her home state, and facing increasing pressure from outside sources, she decided to come forward with her allegations against Kavanaugh, saying that while both were in high school they ended up at a party together where Kavanaugh allegedly groped her. According to Ford, Kavanaugh was intoxicated during the event. Ford was 15 and Kavanaugh was 17 at the time of the alleged assault. Ford is being assisted with her testimony by Ricki Seidman who assisted Anita Hill when she made allegations of sexual assault against Clarence Thomas in 1991.

Justice Thomas faced charges of sexual harassment from Anita Hill when he was nominated to the Supreme Court, a similar charge to what Kavanaugh is facing today, except that she was an attorney who had worked under Thomas. Hill was the only person to testify, though other women did write letters largely condemning Thomas’ character to the senate committee. Ultimately, Thomas was not found guilty of any charges of sexual harassment due to a lack of extensive proof.

Kavanaugh’s second accuser, Ramirez, has come out as well, stating that Kavanaugh exposed himself to her while she was in a drinking game with him in 1983. This latest allegation may further delay Kavanaugh’s nomination to the Supreme Court as the courts have yet to hear Ford’s full account of the incident. Ford is due to appear in court on Thursday to give her account of the incident.

“The court of public opinion right now, in 2018, with all the Me Too movement, the discovery of these sexual assault allegations by prominent figures in society show that the mere allegation alone says that it has to be true in some way and that’s just an unfair standard because there is just one person out of those involved in this case who has testified under oath in front of the Senate Judiciary Committee over this issue itself,” said Washburn student Jason Haberkorn. “Judge Kavanaugh is the only one who has testified that he did not do these allegations and he ‘categorically and unequivocally’ denies these allegations under oath with the threat of perjury. Ford has made the allegation, that’s all she has done.”

Jason’s view reflects the views of other skeptics of Ford’s allegations. Many are unwilling to take her allegations at face value and continue to wait for more information or for Ford’s testimony on Thursday. Still many more stand firm behind Ford and her right to be heard by the courts of what occurred nearly 35 years ago.

“There have been a number of Supreme Court nominations over the years that have been scuttled because of past behavior. It’s funny to think that when Reagan was president somebody would have to withdraw because of marijuana use. It [Kavanaugh’s nomination] is highly dependent on what the current political climate is. Obviously now, if someone said someone else smoked a bunch of marijuana in college no one would care,” said Bob Beatty, chair and professor of political science at Washburn.

Indeed, the political climate has changed much over recent years as people focus on allegations of sexual assault or harassment. As Professor Beatty stated, the political climate has changed greatly over time and society nowadays is much more sensitive to the topic of sexual harassment as indicated by the numerous other cases dealing with similar subject matter. Sexual harassment or assault is a heinous crime no matter who is involved but the current sensitivity to the topic may have interesting effects on Kavanaugh’s confirmation to the Supreme Court that could prevent him from being confirmed unlike Justice Thomas in 1991.