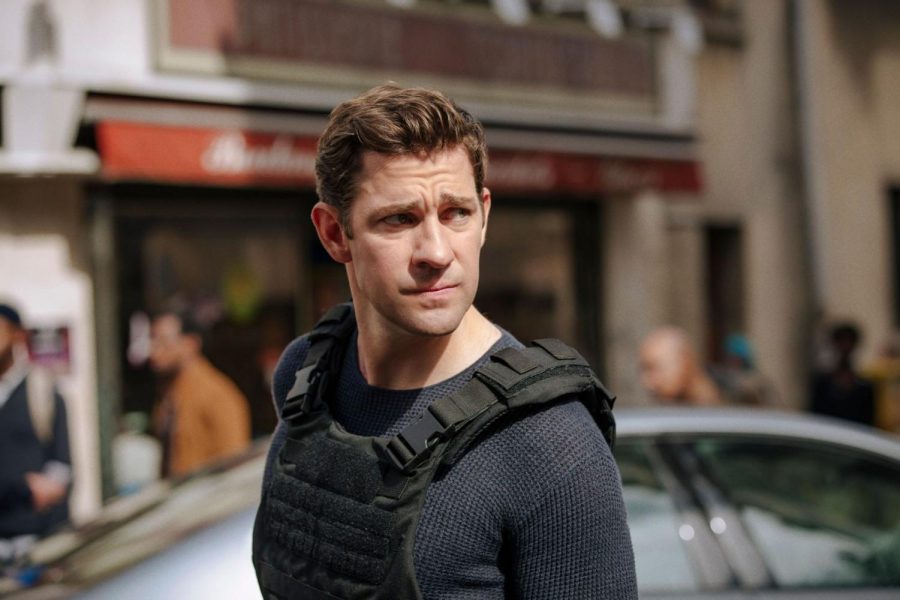 There are noticeable improvements in the second half of “Tom Clancy’s Jack Ryan,” but it still remains very forgettable. The second half of “Jack Ryan” season one still follows the format of James Greer (Wendell Pierce) and Jack Ryan (John Krasinski) tracking down leads about Suleiman (Ali Suliman), and the subplots about a drone airstrike controller (Victor Polizzi) and Suleiman’s family trying to stay safe from harm.  In terms of interesting plotlines, the main one itself saw the most improvements.

The main plotline, while not the best of the three plots, was a bit better at the second half of the series. Jack Ryan and Greer become more likeable, the story picks up and has a decent pace to it. Things of importance actually happen and the good guys get things done without being incompetent along the way. That being said, I still wasn’t that interested by it. Like I’ve said before, this show really doesn’t have anything original or anything that hasn’t been done better. Series like “24” and Cinemax’s “Strike Back” have done it all before, and “Jack Ryan” is just beating a dead horse. It’s not doing the plotline justice.

The best sections of the central plot is a romance subplot between Ryan and Dr. Cathy Mueller (Abbie Cornish) that is mixed in. I liked Cornish a lot more than Krasinski, but she had little screen time. Most of the characters are better written than Ryan.

The drone pilot storyline has some relevance to the Ryan plot, but 99 percent of the time it is completely its own story and it goes nowhere. It is legitimately a waste of time. It creates plotpoints within itself that go unresolved, like with one particular scene that seems like a huge point in the Controller’s story, but it is dropped altogether. It is incredibly sloppy in general. The show has one strong moment that is better than most of the strong moments in the main plot, but it is really not worth anybody’s time as the subplot kind of ends.

The other subplot that is the best one that has huge direct connections and is the best part of the show is Suleiman’s wife, Hanin (Dina Shihabi), and her two daughters, Sara and Rama (portrayed by Nadia Affolter and Arpy Ayvazian). They are trying to escape from Suleiman and find safety.

Hanin is an important character to the show. She has the most enjoyable scenes. Her story is the most interesting as she has her kids to worry about while they are being chased by terrorist goons. That said, this is a story that has been seen before. You really know what is going to happen as this show plays it safe at every level.

As a character, Jack Ryan still isn’t likeable and he doesn’t seem qualified for any of this. Keep in mind, in the Clancy-verse, Jack Ryan becomes president at some point but I will give Krasinski the benefit of the doubt. He doesn’t have much room to showcase his acting abilities. His character is written really poorly. Sometimes he is an angry guy with scraps of his character from “The Office” mixed in, while the latter half makes Ryan more enjoyable and changes him a bit, The show doesn’t pull this off in a cohesive way.

At first, Ryan is serious about his job but he is like Jim from “The Office” to a motivated ultra serious Jack Ryan with no trace of Jim. The change isn’t believable whatsoever. His trademark action is still the trope of “almost getting the bad guy but missing him.” He becomes the everyman that you root for, as opposed to the supposed military vet that can’t aim and the person who keeps warning people that Suleiman is the next Osama Bin Laden. The only difference between Ryan at the first and second half of the season is that he actually ends up being useful.

See, for how pro-America this show is, it depicts the U.S. Government as not exactly the most competent. There are many instances of this. From the pilot episode, bad decisions are made that solely used to drag the plot along, big and small. Honestly, most plot points throughout the show are contrived.

Overall, Jack Ryan’s second half shows some improvement in pace and in Ryan as a character, but it still never gets really good. Even though the production values make it look like it is a movie, the overarching plot is not good. Aside from the Suleiman and his family, which is the best part of the show, I didn’t find much entertainment in the show. Couple that with an unsatisfying ending that just kind of happens, “Tom Clancy’s Jack Ryan” is still a disappointing show that Amazon overhyped. It has little to enjoy no matter if you are four episodes in or at the end of the season.