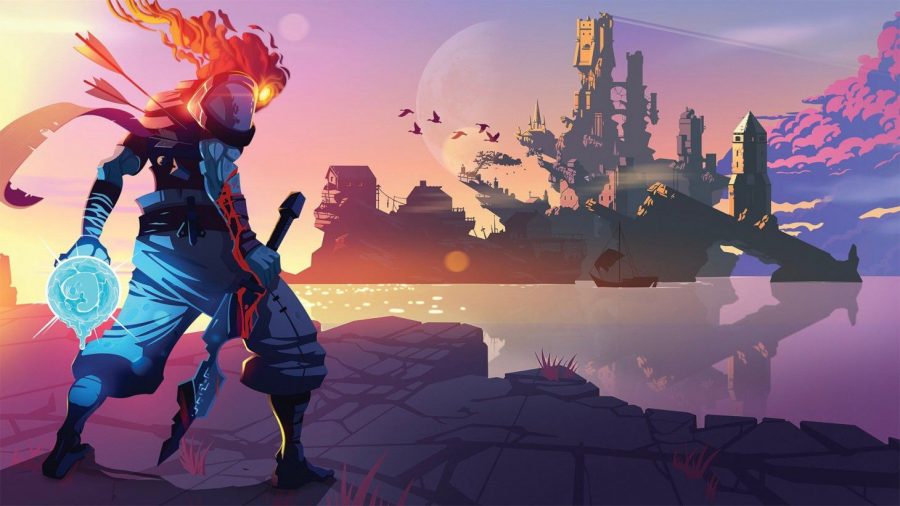 Photo credit: gameinformer.comThis game knocks everything out of the park.

What do you get when you mix “Spelunky,” “Prince of Persia,” some “Castlevania,” “Metroid,” “Dark Souls,” “Doom” and an awesome mishmash of other games games? You get “Dead Cells,” one of the best action games in recent history. Developer and publisher Motion Twin originally released the game on Steam Early Access in 2017, and it has officially released on multiple consoles and gaming devices.

You play as this warrior/prisoner creature   with a flaming eye for a face. You must decapitate and murder enemy after enemy in a procedurally (meaning always changing) map layout every time you die with little bits of story given to you along the way.

The gameplay is totally phenomenal. I can most compare it to a faster paced (John Wick-ian almost) and more challenging 2D “Castlevania” with an almost “Hotline Miami” esque style of replayability and pace.  Even if you keep dying over and over, you will still want to keep playing to move forward.

Playing on a computer, I had issues playing this game with a keyboard. This game was sadly designed with a console controller in mind with a disclaimer in the main menu saying so. Much like the “Dark Souls” games, killing enemies will give you “cells” which let you upgrade your character permanently. These upgrades seem to be balanced as no matter what weapon you have and how cool it may make you feel, you can still get defeated if you make the wrong decisions. On my first level, I died numerous times from a powerful archer that obliterated me. After a while, much to my distress I found out he wasn’t even a main boss. Respawning each time with mostly a sword and a health potion or two, you have to rely on what loot enemies drop. All of the weapons given are fun. You will be given weapons like giant broadswords, lightning whips, twin daggers, magic grenades and tons of other weapons that really keep things fresh. All of these are encapsulated in an inspired setting that I really am loving. It reminds me of classic games such as “Legacy of Kain: Soul Reaver” and the “Prince of Persia” series, but wholly its own thing as well. The enemies are all fun to defeat. They have clever designs and many will keep you on your toes. The cmbat in this game never feels repetitive.

To go into more details about the cells you collect, it is similar to the way “Souls” games handle, well, souls. After you collect some cells without dying along the way, (you will lose all of your cells each time you die), you can encounter the Collector. Through the Collector, you can use your cells to make those upgrades I mentioned earlier. In “Souls” games you can usually go back and find the souls you lost after you die. In “Dead Cells”, however, if you don’t give them to the Collector they are gone permanently.

Another thing about the combat that makes me keep wanting to come back for more is how fluid it and the entire movement is. Instead of being clunky from the get go and being limited by stamina like “Dark Souls,” you can roll, dodge and sprint around, killing all of the enemies. The combat plays very well.

There are also some exploration elements that give you loot, too. Exploration seems to come naturally with the flow of the game as you never know what you are going to get each time you spawn back into the game. They give you opportunities to find things like upgrades, new weapons and gold.

“Dead Cells” is without a doubt one of the best games I have played in a long while. The combat and movement are passionately fine-tuned and flow incredibly well, and they always makes you feel exhilarated. The mysterious, hard-to-explain setting will always have something different to show you, thanks to the procedural generation mechanic, and a challenging but fun gameplay loop with progression and loot will keep you coming back for more.

Honestly, I don’t like these “Souls”-esque games most of the time. I like having a fun time with a game and this game really breaks the mold. Motion Twin has really hit a home run with how great this game has turned out. “Dead Cells” is on every major platform, (Playstation 4, Switch, Xbox One, and PC), and I wholeheartedly recommend this game to everyone.