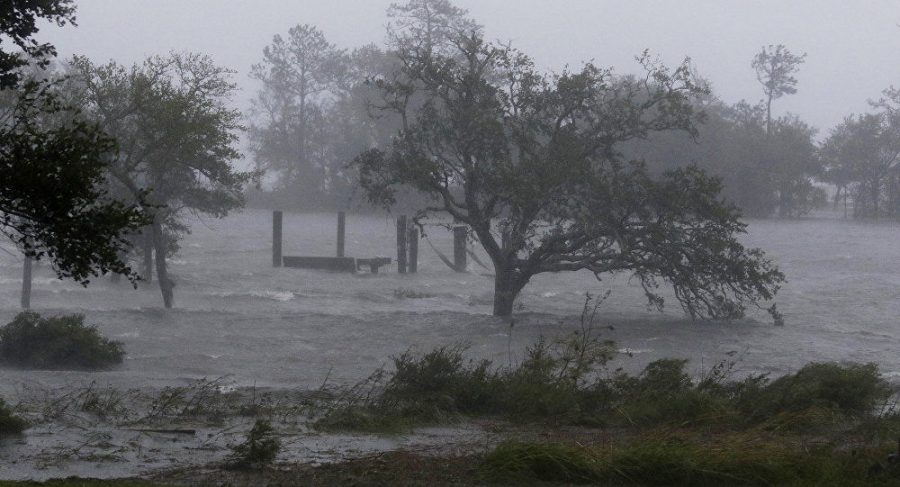 Hurricane Florence is the second natural disaster to happened these past two months. First Typhoon Jebi, now Hurricane Florence. Both times, hundreds of thousands of people were affected, and just as many were told to evacuate.

However, this time one million people were told to evacuate the east coast, not just because of the trajectory, but because the hurricane itself strengthened to a Category 4 hurricane. There was a choice for most of the east coast, whether they would brave the storm or battle with others in the heavy traffic to drive inland.

Many who resided in the coastal areas of North and South Carolina and Virginia were given orders to evacuate, yet did not heed the warning and decided to fend for themselves.

According to CNN, by the time Florence’s center had reached its maximum sustained winds of 140 mph on Tuesday, Sept. 11 at 8 p.m., it was about 725 miles east-southeast of Cape Fear, North Carolina. Hurricane warnings are always issued 36 hours before tropical storm force winds hit the affected areas, and they indicate hurricane conditions that will follow.

Some emergency preparations utilized were things such as using over 2,700 National Guard troops to help evacuate, stockpiling food to help people both in the middle of the hurricane and after, setting up shelters for people to take refuge in, switching traffic patterns so that major roads led away from the shore in order to keep many from getting caught up in the storm and lastly securing 16 nuclear power reactors in the Carolinas and Virginia to keep power going at the height of the storm. Residences and businesses that were in the storm’s path were boarded up hours before the storm hit, and thousands of people needed to be moved to emergency shelters, with officials urging everybody near the coastline to flee and evacuate immediately.

According to South China Morning Post, power was expected to be cut off for maybe weeks, for millions of people. In certain parts of Alabama, Kentucky, Tennessee and West Virginia, heavy rain was forcasted to extend into the Appalachians. By the time Thursday, September 13th rolled around, the winds were clocked in at 175 kmh, which can cause devastating damage via flooding, downpours and damage to trees and houses by knocking them over or even making things impact each other due to the velocity.

“I was devastated, I was born in North Carolina, even though I wasn’t raised there. I have family there and I consider it my hometown. My aunt and her three kids were all affected by the hurricane, although I have never experienced a hurricane myself, thankfully,” said Angela Gray.

Gray is a sophomore here at Washburn, double majoring in English secondary education and theater.

Sarah Hosler, a senior majoring in elementary education here at Washburn, may not have any ties to the Carolina’s, but that doesn’t change her opinion on the matter.