“The Thanksgiving Play” brings comedy to the Neese Gray Theatre 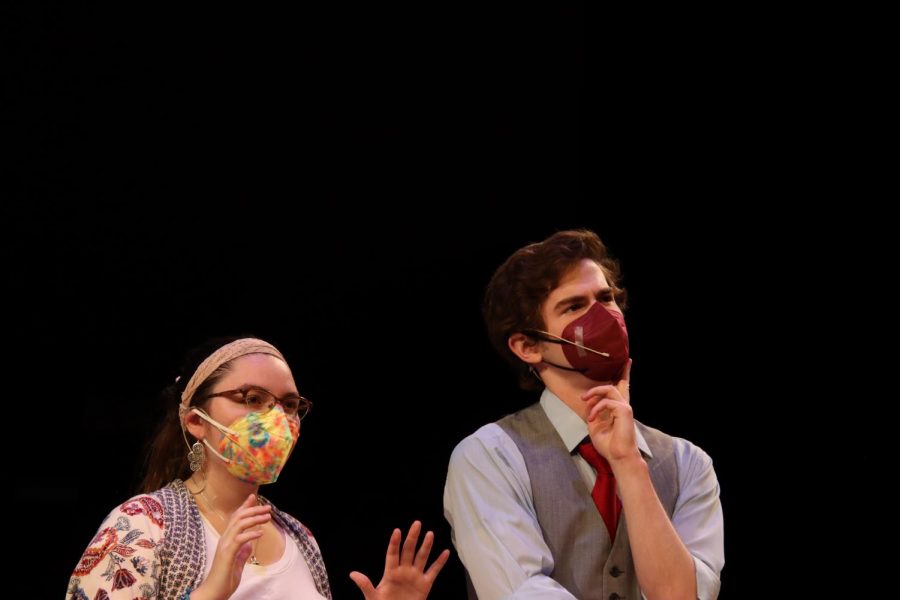 Cast members of Washburn Theatre's new play, "The Thanksgiving Play", rehearse on Monday night, Nov. 11, 2021. The play was written by Larissa FastHorse in 2015.

Written by Larissa FastHorse, a Lakotan playwright from South Dakota, “The Thanksgiving Play” centers around a director, Logan, who is white, staging what she sees as the most appropriate and represented play about Native American Month and the Thanksgiving holiday.

“You’re allowed to laugh. It’s supposed to be a comedy. There are bits that are offensive, but that’s written in the satire,” said Belle Wood, freshman psychology major and stage manager.

The action on the stage will be easy to see after upgrades were made to the theatre.

“It’s bringing up all of these cultural issues, not just Native American, but just the culture that we’ve created of trying to be woke. This term “woke” has transcended far beyond just trying to be a knowledgeable and good person and trying so hard to be the picture perfect good person to the point where [one] can overdo it and exploit cultures for their own benefit,” said Erin Watts, junior theater and speech education major, who plays Logan.

“We just got these moving lights in. They’re movers, and we can manipulate them to anywhere on the stage. We can add awesome effects and different colors,” Meyer said.

Admission donations for this production will go toward financing Washburn Theatre’s 2022 trip to Scotland, for the world-famous Edinburgh Fringe Festival.

“There’s this big line up at least a mile, if not more, of just schools that come in. There’s high schools and there’s colleges and universities, and they get to perform. You get to go to workshops. It’s a full immersion thing,” Wood said.

There will be six chances to see “The Thanksgiving Play” performed live at the Neese-Gray theatre before Thanksgiving.