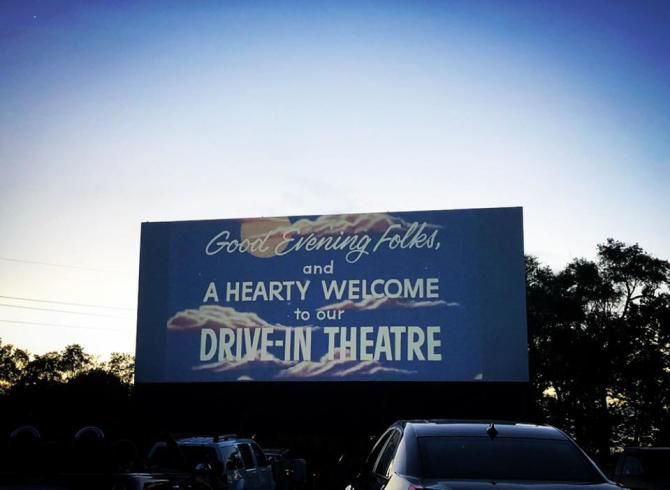 A hearty goodbye: The Starlite Drive-In in Wichita recently showed its last films. After being a landmark and popular destination for Kansans for five decades, the owners closed the drive-in.

Wichita’s last drive-in theater permanently closed as of Saturday, Oct. 13. Starlite Drive-In has been a landmark for residents of Kansas for several decades.

According to the Wichita Eagle, the theater opened in 1953 under the name of Rainbow Drive-In and contained only one screen. In 1974, a second screen was added and the company became the Starlite Drive-In that many know today.

The theater allowed people of all ages to gather for a fun experience of watching three movies with the nostalgic features of a drive-in. The atmosphere, concessions and large outdoor screens all lead to a unique film-watching experience that was perfect for families, couples and anyone who enjoys a blast from the past.

Economically, Starlite Drive-In was a fantastic deal. The price was $13 per car to watch three movies. Each screen would play a different selection of movies, so the viewers could choose between the two screens.

Drive-in theaters are rare to come by these days due to current technology. Many are more apt to stream movies on Netflix or Hulu, which makes the attendance of these theaters low. Unfortunately, this can mean that some theaters are forced to shut down.

The owners of the drive-in announced the closing on their Facebook page.

“This was a difficult decision many years in the making with declining attendance and rapidly rising costs of maintenance and technology,” said the owners on the theater’s Facebook page.

There will be a complete business liquidation auction at 10 a.m. Nov. 13 at Starlite. According to McCurdy Auction, the auction will include theater equipment, Starlite memorabilia, shop tools, automotive parts, office furniture, concessions and commercial kitchen equipment.

The closing of the Starlite Drive-In was a shock for many people, especially for those in Wichita. Several movie-goers are upset about this news, and they have started campaigns in an attempt to save the historical landmark.

A petition was started on change.org by Wichita citizen, Chris Paul, and received over 6,000 signatures within the first week of opening. Other Kansans have started fundraising campaigns through sites like GoFundMe, Kickstarter or Indiegogo to try to raise money to save Starlite.

Many students at Washburn originate from Wichita and are disappointed by the recent closure. Several students were unable to experience the drive-in within the last few months and are upset about the sudden end of Starlite.

“I grew up going to the drive-in with my family and it was always a really fun experience. As I got older I would go with my friends a lot,” Pankratz said. “I figured it would close because there are not very many drive-ins left… It’s an American tragedy.”

Many decades of films have been shown on the two screens available. “Searching” and “Crazy Rich Asians” were the last movies to appear on the screens at Starlite Drive-In.

Wichita lost a historical and entertaining landmark, and Starlite will no longer be an attraction for Kansans.