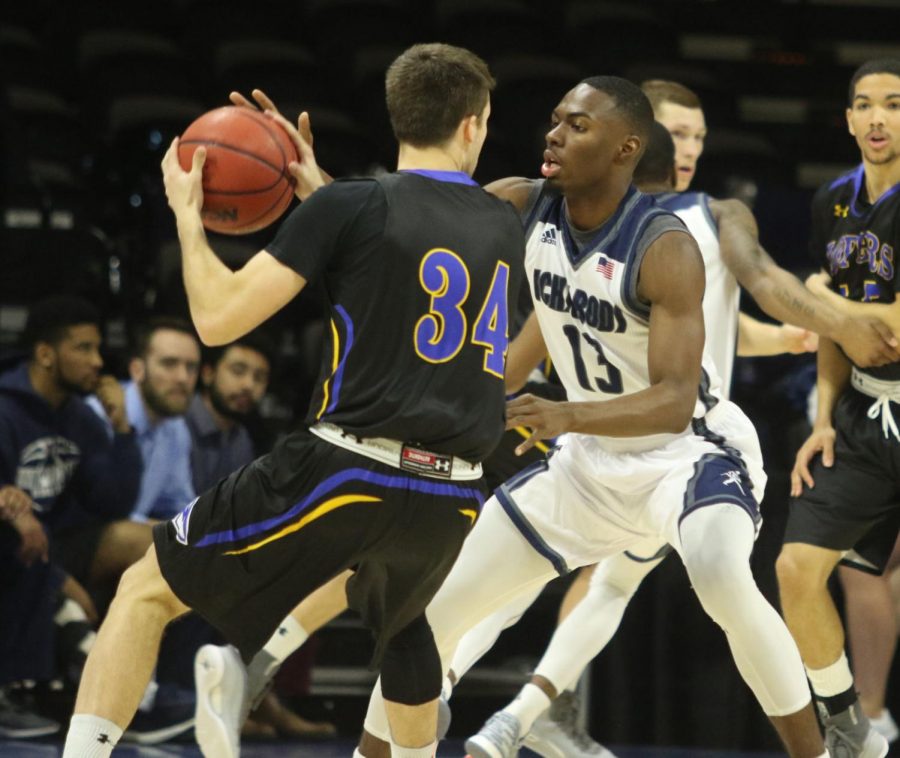 A skilled athlete: Tyas Martin goes in for a layup while playing against Fort Hays State.

The men’s basketball team is set for another run in the NCAA tournament this year as they return nine letter winners from last year, though the Ichabods lost key player Brady Skeens, who graduated last spring. Leading the way for the Ichabods this season will be seniors Javion Blake, David Salach, Tyas Martin and Emeka Ogbonna. They will be supported by juniors Drew Pyle and Clayton Holmberg. Sophomores Tyler Geiman, Will McKee, Jace Williams, and Tommy Ekart are also players to watch in the upcoming season.

The women’s team will look to have another successful season as they return four of their five starters from last season. Leading the team will be seniors Taylor Blue and Denesia Smith. Supporting them will be juniors Reagan Phelan, Alexis McAfee and Cara Donley. The sophomores are compromised of Mackenzie Loe and Hunter Bentley.

The Ichabods are set for a great upcoming season, and they hope to see the stands filled with support from fellow students.