Stand-off with police across from an elementary school 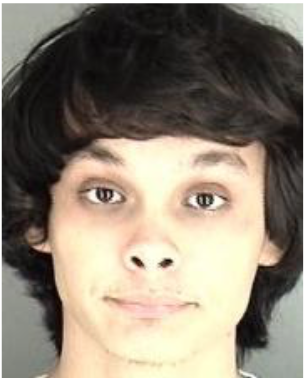 Everyone wants to go home early from a school day. The students of State Street Elementary School got that wish as they were sent home on the afternoon of Oct. 4, 2018, after an anonymous source phoned the Topeka Police Department to report a ‘bunch of shouting.’ State Elementary is near the suspects’ house, which is located less than a block away from the school. The accuser lives in 600 block of N.E. Chester Avenue.

Around 1:30 p.m., police surrounded the house of 23-year-old Quinton Michael Bame, who, according to neighbors, lives with his parents. A nearby neighbor, Xavier Noriega, had been driving to work with his fiancé around 2 p.m., approximately half of an hour after the police had responded to the disturbance call, when he witness part of the event.

“The police had someone who was calmly talking to the man through a megaphone to open the door, and to talk figure things out. It was like the movies,” Noriega said.

In reference to CJ Online, “Topeka USD 501 resource officers were contacted to give students leaving school a path away from the blocked-off area.”

However, neighborhood resident, Daniel Baca, who had been walking with his dog, revelead a different story.

“I always come to this track to walk with my dog, I don’t usually pay attention to the neighbors who sit outside, but it’s usually a pretty quiet neighborhood,” Baca said. “I was surprised to see so many cops here. The scariest thing about this is that they let the kids’ walk home during the standoff with the police.”

The police had gotten Bame to successfully open the door to communicate multiple times, each time closing and locking the door.

A few hours into the stand-off, law enforcement were able to issue a search warrant and detained Bame. The Topeka Police booked Bame into Shawnee County Jail around 8 p.m. on Thursday, Oct. 4, where he will be held for further investigation.

Sources were unable to determine the cause of the disturbance. Neighbors claimed that Bame was ‘mentally ill’ and had ‘been holding his parents at knife point inside.’ Currently these assumptions are not known to be true.

The Topeka community has a local crime report page on Facebook, which is a public group for anyone to follow. The page helps the members of Topeka keep an alert eye for crime in their neighborhoods. If a crime happens near you, you are granted access to the information on the crime report by calling the Topeka Police Department and requesting a copy of the report. You reserve the right to know what is happening in your neighborhood for your own safety and awareness.