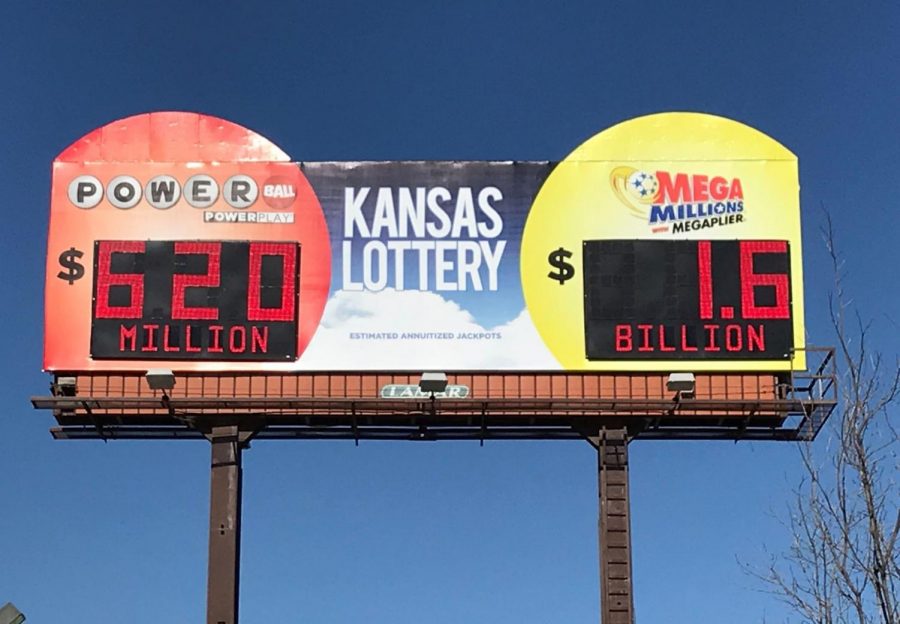 Last week, one of the largest lottery jackpots in America’s history was awarded.

The $1.537 billion Mega Millions, which is the largest prize won by a single ticket in the world. The prize was won by someone in the state of South Carolina, although the public may never know who the winner or winners are. While many states require lottery winners to be identified, eight states, including South Carolina and Kansas, allow winners to remain anonymous.

Kansas statute 74-8720 h. states “The Kansas lottery shall not publicly disclose the identity of any person awarded a prize except upon written authorization of such person.” South Carolina has a similar law on the books.

Kansans were in full swing trying to win the prize. According to Sally Lunsford, director of public affairs for the Kansas Lottery, while the exact number of people who purchased tickets in Kansas cannot be determimed, just under $4.6 million was spent on tickets in Kansas in the Mega Millions drawing. Another drawing for the Powerball lottery, which occured Oct. 27 and had a prize of $687 million, saw Kansans spending another $1.7 million purchasing tickets.

Some Washburn students were among those Kansans that purchased tickets. James Gorman, senior mass media major, said he doesn’t ever purchase tickets but this time was a little different.

Gorman didn’t win, and wasn’t entirely sure what he would have done if he did but he had a few ideas.

“I’d probably invest it and live off the interest,” Gorman said. “Maybe donate to some philanthropies.”

Another mass media student, Tyler Rottinghaus, also got in on the lottery action last week.

“My dad [bought one] last week and I figured, what the hell,” Rottinghaus said. “I might as well try it.”

Rottinghaus had a few more concrete ideas of what he would have done with the winnings.

He did note that, like a lot of people, he might spend a lot of it at one time.

“If I was smart, I’d probably be able to live off of it,” Rottinhaus said. “But [my] human nature I’d probably blow it on something stupid like pull a Nicolas Cage and buy a dinosaur head and put a cape on it.”

Rottinghaus said he knew the chances were slim, but that there really isn’t much reason to not spend some money on buying one.

The money from these sales goes to a variety of different things, but the reason most states allow a lottery of some kind is for their own economic interests.

Lunsford said that the agency transfers money every month to the state to be used for varying funds for Kansas. According to the lottery’s website $80,000 from the first $50 million earned from sales is transfered into the Problem Gambling and Addictions Grant Fund and then the rest is divided into three funds; 85 percent going to the Economic Development Initiatives Fund, 10 percent to the Correctional Institiutions Fund and 5 percent to the Juvenile Detention Facilities Fund. If the money received exceeds $50 million, the rest goes into the general fund of the state. Last year, the lottery transferred a total of $74.7 million to the state.

“Then you have cost of sales… the administrative and retailer earnings as well,” Lunsford said.

These costs account for about 14 percent of the revenue.

By far the largest amount, about 57 percent of the sales earnings go to the prize pool. This pool is used for statewide and national prizes, including the Mega Millions drawing from last week. Kansas is one of 44 states, along with Washington D.C. and the U.S. Virgin Islands that takes part in the Mega Millions.