“The Haunting of Hill House” is another successful Netflix original 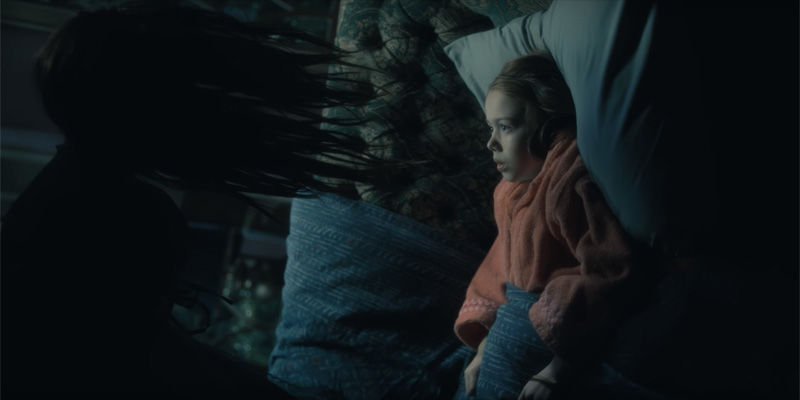 Young Nell Crain (Violet McGraw) has been plagued by the same apparition for the entire show. The bent-neck lady looms over her as she is paralyzed with fear.

Welcome to Hill House. The creepiest house to grace my television screen in a long time. “The Haunting of Hill House” is a Netflix original following a family that lives through a literal nightmare and how that has affected them in the future.

The show itself is a masterful blend of horror, trauma, mental illness, drug addiction, dysfunctional families and the supernatural. It plays on the fears all of us have as children. Kids are always afraid that their house is haunted, there’s always something under the bed or in the closet. This show takes those fears and adds an element of psychological torture and shows us how it affects the children in adulthood and how it continues to follow them well after they escape Hill House.

The story follows five adult siblings and their parents, the Crain family. The show is set up to show the present, but also flashing back to 1992 when the family lived at hill house to give us the scary background of the characters lives. This family consists of parents Olivia, Carla Gugino, who is deceased in the present timeline, and Hugh, played by Henry Thomas and Timothy Hutton on the present timeline. They had five children, Steve (Michiel Huisman), Shirley (Elizabeth Reiser), Theodora, or Theo (Kate Siegel) and the twins Luke (Oliver Jackson-Cohen) and Nell (Victoria Pedretti).

It is seen through flashbacks that the twins, who were the youngest at the time they lived in Hill House, felt the effects of the house and its ghostly inhabitants more than any of the other kids. It is Nell’s apparent suicide that kicks off the present storyline, while Luke is a heroin addict struggling to get clean. At first glance the oldest three children seem well-adjusted. Steve is a successful writer that is in denial about his past. Shirley is a mortician who “fixes dead people,” and Theo is a player who can’t commit to a girl because she is empathic and can’t face sensing other people’s pain.

The show is a slow burn with about nine hours of screen time while the plot takes its time to develop. The first five episodes focus on a specific sibling and their time in Hill House and how the events of the present have happened from their perspective. The last five episodes get into more specific about unraveling the mystery of their mother and sister’s suicides and how Hill House still controls all of them.

Hill House becomes a character in itself. This is where all the mystery is centered and we spend the whole series trying to understand what happened at the house in 1992. All though there are some jumpscares and some horrific imagery, most of the story is based around mystery and a psychological thrill.

Overall, “The Haunting of Hill House” is not the most traditionally scary story, but the way the series is shot and how the plot develops keeps you on the edge of your seat wanting more. Check it out for yourself on Netflix, you won’t be disappointed.