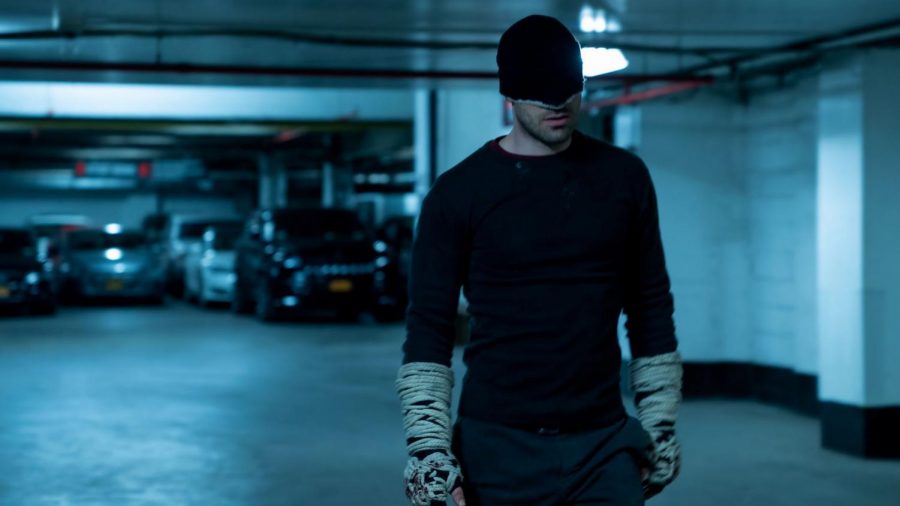 Born Again: Taking inspiration from the classic Frank Miller story arc, "Daredevil" season three is on its own level. Matt Murdock (Charlie Cox) goes back to basics and hits heavier than ever in a gritty suit straight from the comics and season one.

It’s almost universally thought that among the Netflix Marvel Cinematic Universe series, “Daredevil” is the best one. Both seasons one and two have been well loved. Season three doesn’t just meet the standards those seasons set, it knocks that standard out of the park. It is filled with phenomenal moments and episodes that don’t lean into the pacing problems that so many Netflix Marvel series have failed with, such as “The Punisher” and “Luke Cage.”

The basic gist of the story is that Matt Murdock, portrayed flawlessly by Charlie Cox, is incredibly injured and traumatized after the events of The Defenders, having given up his duties as Daredevil, the man without fear. Meanwhile Wilson Fisk, portrayed by Vincent D’Onofrio, is still in prison thanks to the efforts of Murdock, Karen Page (Deborah Ann Woll) and Foggy Nelson (Elden Henson). Crazy things unfold, but that is all that can be said without telling too much.

They are also joined by several new cast members, specifically Wilson Bethel, who portrays an FBI agent named Ben “Dex” Poindexter, Joanne Whalley who portrays Sister Maggie, a nun at the church that Murdock frequents and Jay Ali, who portrays FBI Agent Ray Nadeem. These three newcomers certainly are equal to the existing perfection that is “Daredevil’s” cast.

The main thing that stands out about season three, and “Daredevil” as a whole, is the characters. The big three of Page, Nelson and Murdock have always been endearing since the series’ inception. Bethel’s Dex was particularly worth writing home about. He portrays an iconic Daredevil character, and I would say that Bethel was perfect casting.

The thing about Matt Murdock that I love so much is how challenging he is as a protagonist. Challenging in that Matt is arguably very unlikable (as he is in every past appearance) but this season has a way of using that unlikable aspect to its advantage. The crowd always ends up rooting for him, and Charlie Cox’s skill and caliber as an actor are more than essential for Matt to work as a character.

I don’t need to say much about Henson and Woll, as it should already be established in the viewers’ heads that Woll and Henson, particularly Woll, deserve just as many awards for their acting as D’Onofrio and Cox do.

Another thing I adored was the fight scenes with the trademark “Daredevil” tracking shot hallway fights. There’s no shortage of these in season three, and I loved every single minute of their intense, expertly filmed brutality. The filming is also used for incredibly artistic moments as well, along with things like lighting. They all hit the mark they were going for.

The only problem I have with the series is the suspension of disbelief you have to put yourself in. Daredevil inhabits a shared universe with Jessica Jones, Luke Cage, The Punisher, Iron Fist and their allies. So many intense, explosive things happen this season, and absolutely none of those characters cross over into this season.

While this is completely fine with many fans who think “Daredevil” is the best, it is a glaring plot hole that all the MCU Netflix shows suffer from. It was particularly bothersome in this season due to the sheer scope of the events that happen. Brooklyn is only miles away from Hell’s Kitchen and Mike Colter’s Cage doesn’t show up once.

That being said, “Daredevil” season three is amazing. I would that the series as a whole is the best thing to come out of the MCU. Everything is amazing, including the characters, the story and the cinematography. If this is the end of “Daredevil,” as both Luke Cage and Iron Fist have been cancelled, I would say it is a perfect, bittersweet swan song to a wonderful series. It definitely lived up to all the hype.