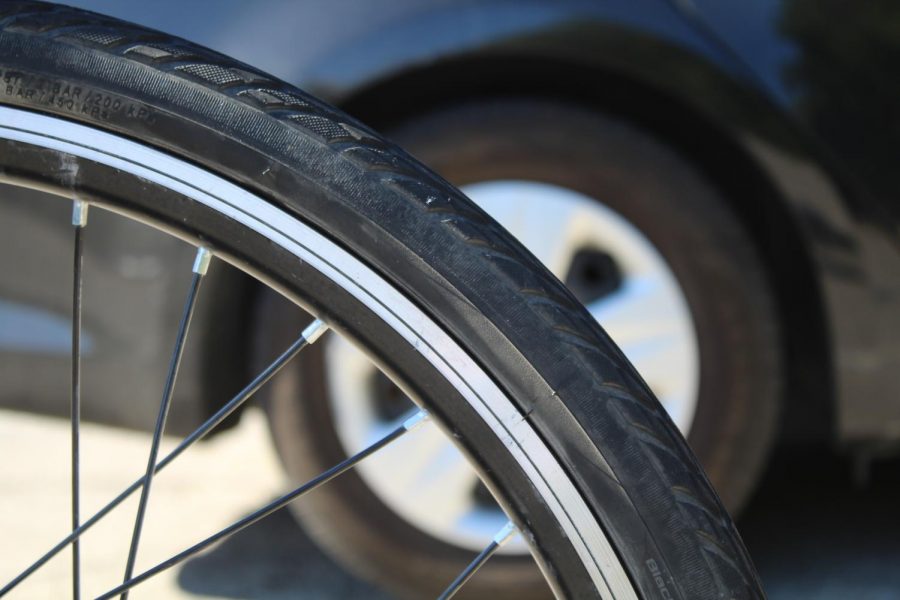 Sharing the road: Drivers and cyclists are often told to be considerate of each other, but they rarely agree on how. The first traffic regulations were enacted in the early 20th century.

There is something about people riding bicycles on the roadway that is the ire of many drivers. According to my assessment, the general consensus among drivers seems to be that the problem is somewhere between four things: time lost because of a cyclist, undesired wariness while operating heavy machinery, cyclists acting like they get to do whatever they want and paying for something a cyclist did.

There are many scenarios I could present to you. Though that would be longer than you care to read, and longer than I care to write on my reminiscences of road rage encounters. So I will just present to you my maxims for drivers and cyclists. Maybe you will find them enlightening.

DON’T OFFER/ACCEPT RIGHT-OF-WAY
Just like signs advising people to not feed the animals, waving a cyclist on to take your right-of-way causes future problems. While it might seem like a nice thing to do, it tells the cyclist, “Maybe drivers will let me through in the future so I don’t have to slow down.” Then, the next time the cyclist encounters a driver stopped at a stop sign, they’ll coast to see if the driver is waiting. The driver will wait to see if the cyclist stops. The cyclist sees the driver waiting, and assumes they’re indeed getting a guard of safety through the intersection.

YOU SHOULDN’T HAVE TO DOUBLE-CHECK TO AVOID A CYCLIST
Once you have passed a cyclist, you’re pretty much good to get over. Going 10 miles an hour faster than a cyclist creates 14 feet of space per second. After a couple seconds you can safely return to our lane without performing a second-long mirror check.The cyclist isn’t going to suddenly produce a burst of speed.
If you’re navigating a turn onto a road where a cyclist is waiting at a stop sign, you don’t need to turn slower and more carefully than you would a car. If the cyclist is in their lane, you shouldn’t hit them.

YOU SHOULDN’T HAVE TO SPEED UP TO PASS A CYCLIST
If you have to break the speed limit to pass a cyclist, you’re just speeding.
If you have to speed up to complete a pass around a cyclist before oncoming traffic, that’s you driving in the wrong lane causing problems. Lastly, If you need those moments back that you lost behind a cyclist, my friend, you didn’t give yourself enough time to make it to your destination.

YOU’RE NOT GOING TO GET IN TROUBLE IF A CYCLIST CAUSES AN ACCIDENT
When have you ever heard of this actually happening? Cops know cyclists are people that make mistakes too. If you hit a cyclist that pulled out in front of you, assess their damages and call 911 appropriately–but don’t feel like you’re forced to outthink us. We can’t frame you.

CYCLISTS POSE A LOW THREAT TO YOU AT A STANDSTILL
It might feel invasive that a cyclist has all this quick access to you and your vehicle while you’re stuck at a light, but remember, they are on a bicycle and can’t go far. It’s the motorcycle drivers you probably want to beware.

COMMUNICATE MESSAGES ALL YOU WANT WITH YOUR ACCELERATOR. IT’S YOUR GAS
Revving your engine is not going to solve any problems. Please refrain from doing this for the sake of those around you.
Edited by Simran Shrestha
Edited by Ellie Walker