The history of trick-or-treating 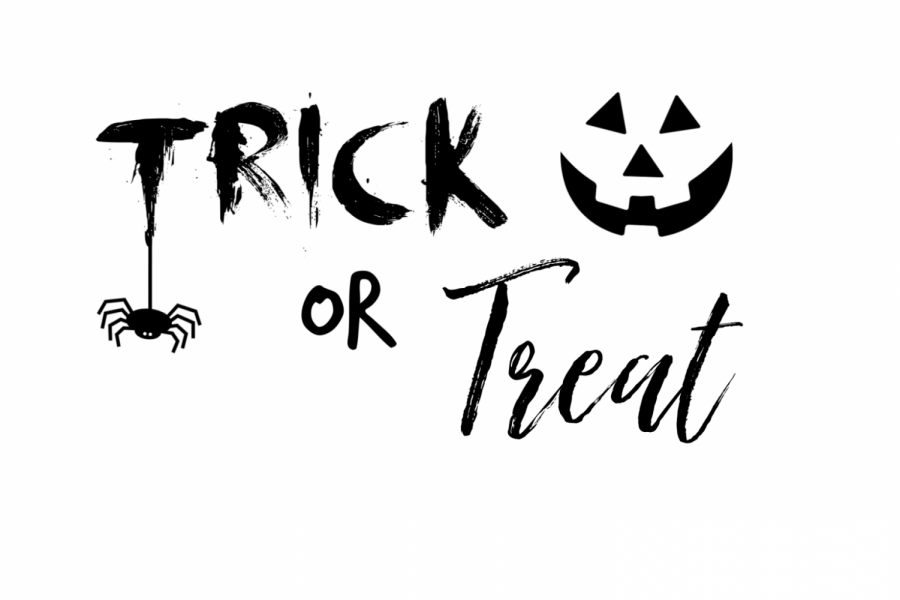 As October begins to fold on us, bringing us the delight to indulge in tricks and treats, the reconciliation of the entire historic belief of Halloweens’ origination deserves a brief spotlight, to shed some knowledge for Bods who desire to partake in the events corresponding with Halloween, such as trick or treating. Where was Halloween born? Where do the traditions originate? Continue reading bods, and enjoy a warm fall beverage whilst indulging yourself in a walk through history.

The birth of Halloween was initiated many centuries ago, when a group of Celtic persons gathered around a bonfire during a Celtic festival in Samhain. They decorated themselves in creepy masks, believing that this act would ward off evil. Celtic people include Irish, Indo-European, Scottish, Gaelic Welsh, Breton Manx, Cornish as well as several other cultures, which include Pre-roman languages which have become extinct, according to modern century culture. The Celtic festivals were celebrated in fields of a country which is now known as Ireland. The United Kingdom, and Northern Europe were the participants of the celebrations. Oct. 31, the death of their year. These people celebrated their new year on Nov. 1, as this was the time for harvesting. Nov. 1 brought cold, long nights, and illnesses to hundreds of people, animals and plants. The Celtic people associated the winter with death, they had assumed that the night before their new year was when the lost spirits of the middle-world would roam the Earth, taking with them the life of their trees, the life of their people and sucking the life from their food sources.

This celebration was believed to of had worked, until many moons after, 43 A.D, when the Roman empires swept more than half of the Celtic territory free of their existence. The Roman empire then combined their two celebrations with the Celtic festival. Feralia, was the first celebration that the Romans had celebrated. Similar to the Celtics they held their festival in late October, but the Romans celebrated the passing of the dead instead. The second festival was to thank and celebrate, Pamona, their believed Goddess of the fruits and trees. Pamona’s holy symbol is the apple. Culture today, unintentionally recognizes the roman Goddess Pamona, by indulging in a caramel apple, or perhaps bobbing for them in Halloween festival games.

This was when Pope Boniface IV dedicated the Pantheon 609 A.D., to the Christian martyrs. The Pantheon is a large building in Rome where the Christian martyrs were buried an honored. A Christian Martyr is a person who underwent death for renouncing, refusing to renounce or refusing to advocate a belief by the majority people. This was the time that the Pope Boniface IV, commenerated a feast and celebration to honor Christian Martyrs. Later, Pope Gregory III, decided to expand the festival to observe all saints and martyrs, as well as moving the date of ‘All saints day’ to November 1 around 1000 A.D. The “All Saints Day’ celebration followed the similar structure of the ancient Celtic festivals, including large bonfires and costumes. The costumes were saints, and angels, as apose to sacrificing of animals and dressing in their skins and heads. As some still followed that custom, others stuck to celebrating the passing life of Saints that walked the Earth. This was also the time that angel and devil costumes were introduced. This day was known as ‘All Saints Day’ as well as, ‘All-hallowsmas’. The Romans keyed the term, Alhallowmesse, meaning, “All Saints Day’.  This term eventually became all hallows eve and is now known as Halloween.

When did Halloween hit America? Well, long before, the celebration of Hallows Eve was limited to the colonial part of New England, as this was most commonly expected to be celebrated mostly in Maryland. Until, American Indians, and different ethnic groups of Europe joined together, combining their different beliefs, to celebrate in the events of festivals and parties. The parties were celebrating their last harvest of the year, food was shared amongst neighbors, as was dancing, songs, and stories of the people who had passed. By the middle of the nineteenth century, those who celebrating in Halloween would invite their neighbors over, and everyone would partake in sharing fortune telling, stories of those who passed and partaking in mischievous acts throughout the night. Still, Halloween had yet to be celebrated all over the nation. Towards the end of the nineteenth century, America had began to become fled with millions of Irish Immigrants who had been escaping the Irish Potato Famine, which was a fungus that infected most of the Irish potato crops in Ireland. During the nights that Hallows Eve took place, Irish immigrants, adopted the ancestral accustoms by dressing up in costumes, but this time, they had dressed in costumes, and paraded from door to door asking for money and food, hence the well-known belief of expecting a treat on Hallows Eve. The tricks that were performed were by fortune tellers, who were believed to of had performed an apple bearing magic trick that would bestow a maiden’s future husbands name across a mirror.

The 1800’s is when pranks were performed by trick-or-treaters. The sometimes-grotesque pranks included witchcraft and animal sacrifices, now, tricks include jumping out and scaring kids with creepy clown masks. The fundamental turn that Halloween took to become what it is today, is extraordinary. The celebration of Halloween is expected to be fun with many tricks and hopefully more treats than that.

Marisa Bermudez, member of the Washburn community, stated that, “We always went trick or treating for candy, I never really knew the significance behind why we were doing it.” Bermudez continued with a smile, “I’m excited to learn about it after I read this article though.”