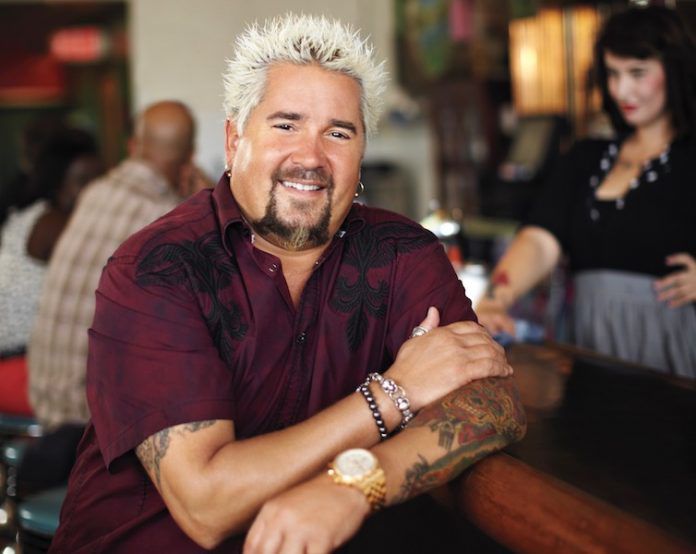 HEADING TO FLAVORTOWN: Guy Fieri is set to open a taco restaurant in Kansas City next year. Fieri has visited and raved about several restaurants in the area.

Celebrity chef and TV personality, Guy Fieri, is set to open a new restaurant next year in the Power & Light District in Kansas City, Missouri. Kansas City BBQ is a big deal to midwesterners, but Guy Fieri plans to bring a different spin to the city.

Fieri released information on his new restaurant in early October, he stated that he is branding the restaurant as a new bar and dining concept with a menu focused on tacos.

The drive to Fieri’s new restaurant is not far for Washburn students and may be exciting to students because of his celebrity status.

“My family loves him and we have watched his shows since I was little. I can tell it will be cool just because of Guy Fieri’s reputation,” said freshman exploratory student Hannah Barrett.

His upcoming restaurant in replacing Cleaver & Cork, which recently closed last week. The location is on the Live Block which is prime for the party scene in KC. The Live! Music venue is well-known for its concerts and parties amongst the people of KC.

According to the Kansas City Star, Fieri said Kansas City has always been one of his favorite cities because of the people, the food and the culture.

“I think this is the perfect opportunity to bring a unique, one-of-a-kind bar and restaurant concept to town. Let me just put it this way: If you like to party. And you like tacos. This is gonna be your kinda dive,” Fieri said.

He has announced that the dining experience will be unique and unlike any restaurant Kansas City has seen. Fieri has not released what will make his restaurant unique besides the taco focused menu, of course.

Fieri has many connections to the Kansas City area. His famous Food Network show, “Diners, Drive-ins, and Dives,” has featured several restaurants from the area.

In 2010, an entire episode was dedicated to the iconic barbecue of Kansas City. The episode was titled “The Kansas City Barbecue Tour,” and was aired on July 12, 2010. According to the Food Network, restaurants on this tour included Woodyard Bar-B-Que, RJ’s Bob-B-Que Shack, Johnny’s Bar-B-Q and Smokin’ Guns BBQ.

Fire is a big fan of Kansas City Barbecue, so much that he created his own barbecue sauce revolving around the region’s distinct flavors. His award winning Kansas City Barbecue Sauce is described as sweet and smokey, and is sold in grocery stores across the country.

Fieri’s credibility in the food industry stems from his television shows, merchandise, books and experience. American Royal BBQ Hall of Fame inducted Fieri in 2012, and this induction was held in Kansas City.

Since his first show on Food Network, Guy’s Big Bite, in 2006, Fieri has become an internet and television sensation.

In the past decade Fieri has hosted many shows and featured on several other television shows. However, the Food Network is where most of his work has been done.

Many consider him to be a food, particularly barbecue, connoisseur based on his decade of experience in cooking and tasting food across the country. He has a lot of credibility by American foodies, and the new restaurant in Kansas City is likely to increase tourism in the area.

Fieri’s new addition to Kansas City is set to provide a unique taco dining experience as well as tourism to the Power & Light District.